COMMENTARY: In Defense Of Darrell Waltrip 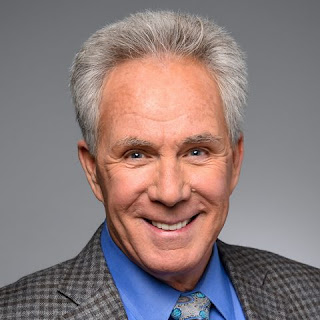 This is a tough time to be Darrell Waltrip.

The NASCAR Hall of Famer turned NASCAR On FOX analyst has been a target for naysayers and detractors throughout his storied career. But recently, the hatred has ramped-up to a level that far exceeds the limits of good taste.

Last week, unconfirmed reports surfaced that the 72-year old Waltrip is contemplating retirement at season’s end, closing out a career that has encompassed nearly half a century and has enriched our sport in ways too numerous to count.

From the day he first landed in the NASCAR garage in 1972, the Owensboro, KY native has been a rabble-rouser. He has consistently spoken his mind, straight from the heart and without a filter, calling things like he sees them with little regard for political correctness or social decorum. Virtually upon arrival, he called out the biggest stars of the day – Petty, Pearson and Allison – earning the nickname “Jaws” after getting under tough-guy Cale Yarborough’s skin just one time too many. He employed psychological warfare in an era when most competitors could not spell psychological warfare, and aroused the passions of NASCAR Nation like no one ever had before, and few (if any) have done since.

He pushed buttons – intentionally at times – and pushed this sport’s fan base to levels of passion it had never before experienced. He’s still doing that today, in his own unique and unapologetic style.

Nobody has heard more boos in his lifetime than Waltrip, and no one has embraced the heel’s role more willingly, or with more passion. Rather than cower from the catcalls, he once famously challenged his detractors to meet him in the Kmart parking lot after the race for a good old-fashioned punch out. 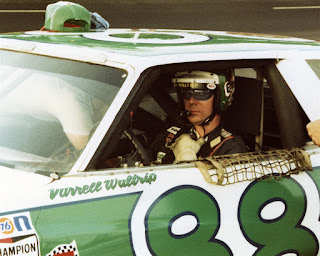 Who else can combine a sponsor plug with an invitation to fight?

Waltrip has been polarizing from Day One, and God bless him for that. In an era when people spend most of their time looking for reasons to be offended, Waltrip continues to bulldoze his way forward, stepping on toes when necessary and telling us exactly what he thinks, 100% of the time.

Based on his track record – on 40-plus years of being consistently and unfailingly himself -- what exactly do the haters expect from Waltrip today?

Do they really want a politically correct, Pollyanna Waltrip? A man devoid of opinions, who says wonderful things about everyone and never toes the line of controversy?

If that’s what you want, you’ve got the wrong guy, my friends.

Darrell is what Darrell is. He’s opinionated, outspoken and sometimes annoying; saying things that make you think (really THINK) about what’s going on in the sport of NASCAR. He compliments when compliments are due, and criticizes with equal passion. And if you don’t like it, you can take a page out of Rusty Wallace’s playbook and “go choke on that $200,000.” 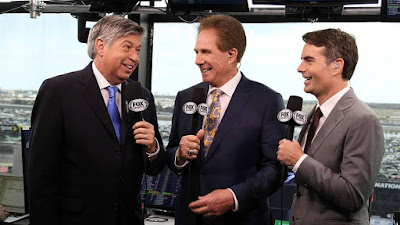 Unfortunately, just as they did at the end of his competitive career, the haters and naysayers refuse to allow Waltrip to leave with the grace, dignity and respect he deserves. Social media is filled with hateful, “throw the bum out” commentary, authored by people who were still in diapers when Waltrip was laying waste to his on-track competition and raising the bar of expectation for what a NASCAR champion should be.

Many drivers walk away from the sport when their time behind the wheel is done. Waltrip never walked away, choosing instead to continue to contribute as a television analyst. His perspective is one-of-a-kind, combining the behind-the-wheel savvy of Jeff Gordon and Dale Earnhardt, Jr. with a “been there, done that” long view of the sport that no one else can offer.

Somewhere along the line, it became cool to be cruel.

Social media has made a cottage industry out of hurtfulness, insults and disrespect, to the point where now, even a respected institution like the Associated Press confuses character assassination with insightful commentary.

It’s a sad state of affairs, and Waltrip deserves better.

As a NASCAR Hall of Famer with three premier series championships and Daytona 500, Southern 500 and Coca-Cola 600 trophies among his 84 premier series wins, Waltrip has earned the right to choose his own exit strategy. He has earned the right to say goodbye at the time of his choosing and on his terms; without being hounded out the door by a pack of rabid wolves, hungry for their Hot Take Headline and their self-serving pound of flesh.

People who criticize Waltrip's "shtick" don't understand.  DW is not playing a character on television, he is being himself. That "Boogity Boogity Boogity" enthusiasm at the start of every race is neither contrived nor created. It is Darrell, being Darrell.

The philosopher Aristotle once said, "There is only one way to avoid criticism; do nothing, say nothing and be nothing." After spending every Sunday afternoon in our living rooms for the last 20-odd years -- delivering an unapologetic mix of opinion, commentary and analysis... doing, saying and being -- Mother Teresa would rub you the wrong way, every once in a while.

During the glory days of Monday Night Football, people disliked Howard Cosell; criticizing his shtick and bemoaning his sometimes self-possessed commentary. They lambasted Dandy Don Meredith for being unpolished and “too country;” eventually running both men out of the broadcast booth in the mid-80s.

Monday Night Football has never been the same since.

Without Waltrip, NASCAR would long ago have been overrun by those who consider insightful Victory Lane commentary to be “thanking the boys back at the shop,” along with God, Gatorade and Goodyear. Without Waltrip, there would be no Kevin Harvick, no Brad Keselowski and no Kyle Busch; all of whom have built on his “call it like you see it” foundation to become outspoken, opinionated and insightful spokesmen for our sport.

Waltrip blazed trails and opened doors for those who came behind him – both on and off the race track – and for that, he deserves our thanks and our respect.

If DW is truly retiring at season’s end, he deserves to be embraced and applauded for his lifelong efforts to improve and add color to our sport.

The recent spate of “here’s your hat, what’s your hurry” character assassination says more about the assassins than it does about Waltrip.

HMS also qualified three of its Chevrolet Camaros in the Top-5 – the team’s best performance since sweeping the front rows in qualifying for the season-opening Daytona 500 – on a weekend that seven-time series champion Jimmie Johnson called “a step in the right direction.”

Just one week after a demoralizing 24th-place finish at Martinsville Speedway, Johnson led the Hendrick charge in the Lone Star State. He and his Kevin Meendering-led team were fastest in Friday’s lone practice session, then topped the speed charts in all three rounds of qualifying en route to Johnson’s first pole since July 17, 2016 at New Hampshire Motor Speedway. Teammate William Byron qualified second, with Elliott third and Bowman 24th.

Johnson led 60 laps Sunday – more than he led in the entire 2018 season – while Elliott and Byron paced the field for 35 and 15 laps, respectively. That’s encouraging for an organization that finished ninth, 11th, 16th and 19th (leading just 21 laps) in the circuit’s last 1.5-mile outing at Las Vegas Motor Speedway, just three weeks earlier.

“I am so proud of everybody on this Ally team,” said Johnson after the race. “We’ve had a lot of pressure on us, and everyone has stepped up and gotten it done.

“We were very aggressive coming here, changing a lot of stuff around in our mile-and-a-half program. I'm really proud of everybody for keeping the faith and working hard. I was just trying to get a consistent weekend. It is one thing to have one-lap pace. We needed that and we did that on Friday. Then Saturday went really well. So in the back of my mind, I was thinking, `We just need to have a rock-solid day. If we do that, then I could confirm to myself and to everyone else that we are moving in the right direction.’”

Sunday was not without its challenges for the HMS fleet.  Byron overcame a pit-road miscue en route to his sixth-place, while Elliott looked like a contender early before experiencing challenges of his own in the later going.

But in the end, Sunday provided a high-water mark for an organization that was badly in need of some good news.

All parties acknowledge that there is still plenty of work to do before HMS returns to its customary position at the top of the MENCS standings. Johnson has not been to Victory Lane since the AAA 400 Drive For Autism at Dover on June 4, 2017; a span of 65 races. Elliott still lacks the consistency to challenge for checkered flags on a weekly basis, while Byron and Bowman continue to learn the race craft necessary to become frontrunners at NASCAR’s highest level.

But for now, all four drivers have a week to revel in their “consistent weekend,” while the men and women back at the shop attempt to build on it for the future.

“We needed this,” said a beaming Byron post-race. “It’s been a long road for sure, the last year and a half. We’ve been working harder and harder and the guys have been putting in a lot of work. (There is) still work to be done, but we’re definitely heading it there in the right direction.”

“Absolutely,” agreed Johnson. “This is what we’ve been looking for.”