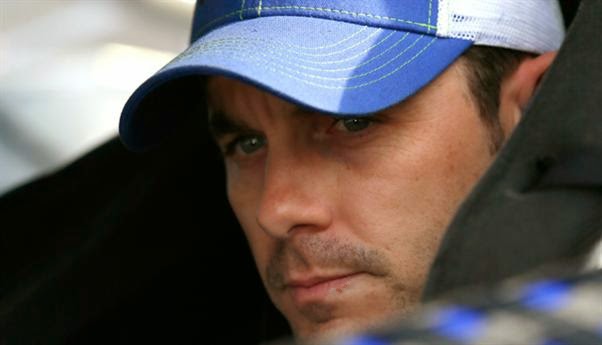 On a day filled with compelling storylines, Casey Mears and Germain Racing were the “never say die” team of Speedweeks 2015. After an impressive, fourth-place finish in the opening Sprint Unlimited and a solid performance in qualifying, the GEICO Chevrolet team suffered an early engine failure while running in the Top-10 of their Budweiser Duel Qualifier.

“We thought we were done,” said Mears afterward. “The chances of us earned a provisional starting spot were so long, we thought we had failed to make the Daytona 500.”

Mears’ longshot dream came true, however, when a series of on-track incidents plagued enough competitors to put him into the “Great American Race” by the hair of his chinny chin chin.

Starting 41st in Sunday's Daytona 500, Mears once again proved himself to be one of NASCAR’s best restrictor plate racers, surging to the lead in just 22 laps before utilizing crew chief Bootie Barker’s conservative race strategy to conserve his car for the finish. He returned to the Top-10 at crunch time, contending strongly for the victory before eventually settling for a sixth-place finish at the drop of the checkered flag.

"It was a really solid day,” said Mears, who finished 10th in last year's Daytona 500 and fourth in the July Coke Zero 400. “We've run up front at a lot of these things and today, we showed how strong we are on these tracks.

"We are getting a little bit greedier,” he said. “We definitely want to win one of these races.  I think our standards are getting higher. We went from possibly not being in the show to finishing sixth in the biggest race of the year. That's definitely a good way to start the season. I'm proud of the guys on this GEICO team and happy to give all of the GEICO associates a good finish."