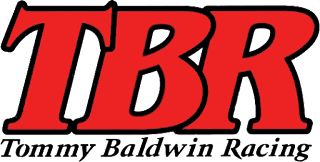 
Francois "Frankie" Bergeron joins the team from Joe Gibbs Racing, where as Fabrication Shop Manager, he oversaw the construction of their cars for the past five years. Now, he will assume the same role at TBR.


"Frankie brings with him a resume full of race wins and experience," said team owner Tommy Baldwin. "His knowledge and leadership will be an invaluable asset to our program. We're excited to have him join us."


Chad Walter, who worked at Michael Waltrip Racing for the past three years, will lead the race engineering efforts. At MWR, he served as an engineer and R&D Manager. Walter will flank Ed Nathman, who has assumed the role of Simulation and Vehicle Dynamics Manager.


Veteran Mike Brill joins TBR as Car Chief of the No. 7 Chevrolet. Most recently at Richard Childress Racing, Brill has been a fixture in the NASCAR garage for many years. He takes over for Ken Davis, whose focus will be at the shop as a chassis specialist and mechanic.
TBR’s newly revamped body shop will benefit from the addition of two other former MWR employees. Both Doug Trader and Brent Patzack bring a wealth of experience to TBR and will complement the existing staff.


"This is probably the most excited about a season than we've ever been," said Baldwin. "I feel that we've put together a team capable of bringing us to the next level of competition. This business is all about the people and I think we've assembled some of the best."
Posted by Dave Moody at 2:39 PM