COMMENTARY: Stage-Based Format Not To Blame For Daytona Carnage 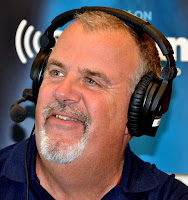 Sunday’s 59th running of the Daytona 500 was a wildly chaotic affair, with eight caution flags and numerous, multi-car pileups that left 35 of the 40 starters with at least some degree of damage at the finish.

In the aftermath of similar carnage in the previous days’ Camping World Truck and XFINITY Series events, many railbirds were tempted to point a premature finger of blame at NASCAR’s new, multi-stage format. A check of the facts, however, points to another culprit; the drivers themselves.

The race started well, with exciting, three-wide racing through the first 250 miles. As the halfway flags flew, however, the “Great American Race” turned into a county fair demolition derby, with five major crashes in a 45-lap span.

And finally, on Lap 151, Gaughan and Joey Gase crashed on the backstretch, with Elliott once again getting a piece of the action.

That’s a whole lot of wrecking in a short period of time. None of it, however, can reasonably be blamed on NASCAR’s new, stage-oriented format.

The final 49 circuits of the event also ran caution-free, despite some spirited, three-wide racing that produced a first-time winner in Kurt Busch, but only after youthful contenders Elliott and Kyle Larson fell out contention after sputtering out of fuel on the final lap. 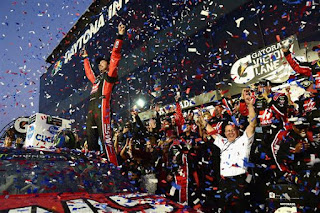 Did too many cars get wrecked Sunday at Daytona? You bet.

Is NASCAR’s fledgling format to blame? Absolutely not.

“Stage racing hasn’t contributed to any crashes,” said Stenhouse, shortly after being eliminated in the Lap 137 backstretch twister. “We finished every stage under green with no issues, so I would say stage racing was not the issue.”

Harvick said the blame lies under the helmet, saying, “We got some (drivers) up there that didn’t need to be up there, and wound up doing more than their car could do.”

That often happens in restrictor plate racing, regardless of format.

The World Center of Racing has always been unpredictable, and Sunday’s race was hardly the first season opener to be afflicted by an outbreak of Yellow Fever. It has happened for decades, and it will happen again.

There will be plenty of time in coming weeks to assess NASCAR’s new, stage-based format. The sport’s annual Western Swing – with events at Atlanta, Las Vegas, Phoenix and Auto Club Speedways – should provide a calmer, less-volatile yardstick with which to measure.