The National Hot Rod Association has been notified by HD Partners Acquisition Corporation that it did not receive the necessary number of votes to finalize the transaction announced last May to acquire all of NHRA’s professional racing assets.

Eddy Hartenstein, Chairman and CEO of HD Partners said, “We are very disappointed with today’s vote, given our collective enthusiasm for NHRA and the NHRA POWERade Drag Racing Series. Unfortunately, in the time since we first announced this transaction in May of 2007, we have witnessed a dramatic shift in both the financial markets and the perceived strength of the U.S. economy, which we believe adversely impacted the final outcome of this transaction. With that said, we continue to believe that the NHRA and the NHRA POWERade Drag Racing Series, led by Tom Compton and his management team, are very vibrant properties with a bright future. We wish them all the best for continued success.”

NHRA will continue to operate as it has in the past, though a press release from the sanctioning body said, “Given the time and energy spent on this effort, NHRA has no plans to pursue a similar opportunity in the near future. For now, NHRA will remain focused on the business and continued growth of NHRA.“ Headquartered in Glendora, Calif., NHRA sanctions 24 events through its NHRA POWERade Drag Racing Series, and boasts 80,000 members and 140 member tracks. 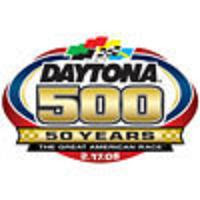 Got Tickets???Daytona International Speedway officials announced yesterday that all grandstand seats for the 50th running of the Daytona 500have been sold, the earliest sellout in modern history. While the grandstands are sold out, DIS President Robin Braig said infield tickets are still available for the February 17TH “The Great American Race.” Fans can also still purchase tickets for other events surrounding the 50th running of the Daytona 500, including the 30th Annual Budweiser Shootout, the Gatorade Duel At Daytona, the Chevy Silverado 250 NASCAR Craftsman Truck Series race and the Camping World 300 NASCAR Nationwide Series race.

Not Mad, After All: Dale Earnhardt Jr. says his feelings about the lack of memorabilia on display at Dale Earnhardt Inc. during last week’s NASCAR Media Tour have been mischaracterized, and that he has no hard feelings toward the company.

He wrote on his website, "There is no anger or ill-feeling towards DEI, period. Nearly half the cars that were moved out of the showroom to accommodate the media tour (were) cars I've won races and championships with, and any fan of mine who wants a glimpse of my past can still find it at DEI.”

He also repeated his past praise for DEI President Max Siegel, calling him “honest, direct, and supportive,” and saying both parties sincerely wish success for each other. Siegel, said yesterday that the missing cars and memorabilia were returned to the showroom after the media luncheon on Jan 23rd.

`Pops' Stays Atop The Box: After failing to come up with the right candidate in their search for a new crewchief for Brad Keselowski’s #88 NAVY Chevrolet Nationwide Series team, JR Motorsports has decided to stick with the tried and true. Tony Eury Sr., who joined the team last year as Director of Competition, will reportedly keep the crewchief’s job, after taking it on an interim basis last October.