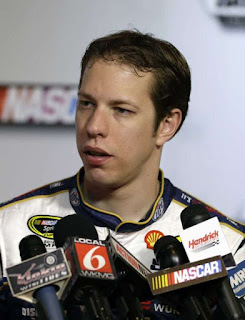 Brad Keselowski announced yesterday that he will close the doors on his successful NASCAR Camping World Truck Series team at season’s end, leaving drivers Chase Briscoe and Austin Cindric without clear options for 2018 and beyond.

Speaking to the media today at Bristol Motor Speedway, the 2012 Monster Energy NASCAR Cup Series champion – and 23-time event winner – said that while the decision was difficult, it is part of a larger business plan that could see him return to the sport in the future.

Keselowski has repeatedly said that his Truck Series team operated in the red, losing money each season despite being a perennial winner and championship contender. Asked if that lack of profitability played a major role in his decision to close the doors, he said, “There were a lot of decisions that went into it. There wasn’t really one reason, but at some point, every business needs to have some profitability. But I never went into it expecting to make money, so I can’t really blame that. Everybody is losing a little, but that was one of the factors. I wouldn’t say it was the only one.”
While admitting that he has plans for the current BKR facility, Keselowski cautioned that “we’re not ready to announce anything.” He hinted that his future plans could involve building a new business within the current BKR facility that eventually becomes a race team partner.

“It’s an idea, absolutely,” he said. “If you look at all the business owners at this level – and really all three of these levels – they have a sustainable, profitable business outside of motorsports. That’s going to remain the key for any owner to have success. 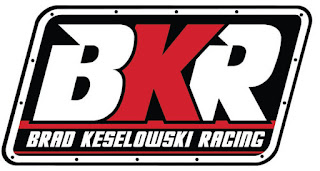 “The reality is, I can only be a race car driver for so long. When that time comes up, my business will have to shut down, because I don’t have a profit center. Having that profit center is what helps you get through the ebbs and flows that every race team has.

“I need to have one of those profit centers. That doesn’t mean that I’ll be a Cup owner one day, but it means when the time is right -- if we achieve the goals that I have -- I’ll have the opportunity to make that decision myself and not have it made for me.

“I know where I want to go and we’re in the middle of putting all that together,” he added. “Until it’s together, I don’t want to get too far down the road with it. But I know that I’m committed to the facility and the community to have an operational and functioning business in that area. I plan to do just that. Hopefully, that opens a spot to retain a good number of our people.”

He also said he plans to retain most of the team’s equipment and assets, adding, “The trucks and parts go out of style and are irrelevant so quickly that I’m going to liquidate that. But a good part of the equipment that we have I’m going to keep and utilize for future opportunities.” 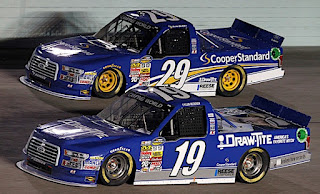 Keselowski called the process of informing his drivers and employees “very difficult,” adding “I feel like we’ll be able to find a good home for probably 75 percent of the group. Whether that’s new business opportunities, Team Penske or different things… I still need people within the fold that I have.  I feel really bad for the 25 percent that I’m not going to be able to find a spot for, but I’m wishing them the best and thankful for their help over the years.

“Being a business owner, it’s more about the people than anything else,” he said. “You care about them. They give you their all and you want to give them your all.  In some ways, you feel like you’re letting them down when you’re not able to keep it going, so that’s never any fun.”

Despite his unexpected withdrawal and that of Red Horse Racing just a few weeks ago, Keselowski said he believes the NCWTS is still strong.

“The Truck Series has been around a long time,” he said. “It’s going to be around a lot longer than me, so I’m not so self-centered to think that series is based solely on my team and participation. It’ll be around. It’ll be all right. I don’t know where the future is going to take me in my life. I know that I’m trying to be positioned to have as many opportunities as possible to kind of control what (my future) might be, and this is a necessary step business-wise to have those opportunities.

“It’s not really the most pleasurable (decision) to undertake. In fact, it really kind of stinks. But it was the right move long-term and I’m hopeful that it works out for the best.”