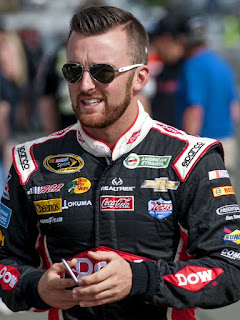 Talk is cheap in the NASCAR Sprint Cup Series. A famous name is no guarantee of success, even when accompanied by all the equipment, funding and resources necessary to make it to Victory Lane.

The grandson of legendary NASCAR team owner Richard Childress, Dillon is a proven winner and multi-time champion in the NASCAR Xfinity and Camping World Truck Series. In the headline Sprint Cup ranks, however, success has been more difficult to come by, leaving the Welcome, North Carolina youngster impatient, frustrated and at times unsure of his own ability.

“Getting your butt kicked for two years is no fun, said Dillon after Sunday’s fifth-place finish in the Kobalt Tools 400 at Las Vegas Motor Speedway; his second Top-10 finish in three starts this season. “I’m used to winning and running up front in the Xfinity and Truck series. I knew it wasn’t going to come easy, but it hasn’t come soon enough for me.”

In the opening three weeks of the 2016 campaign, Dillon has already matched his Top-10 total from a year ago. With a worst finish of 11th at Atlanta Motor Speedway two weeks ago, the third-generation racer currently stands ninth in the championship standings as he pursues a first-ever berth in the Chase For the NASCAR Sprint Cup. And while the 25-year old is pleased with the start to his season, he also sees additional room for improvement.

“We killed ourselves today,” said Dillon of a Las Vegas performance that included a balky early pit stop that dropped him from the Top-10 to 20th in the running order. Hustling to make up for lost time, Dillon was busted for speeding on pit road on Lap 150, compounding the problem and leading to some momentary tension between him and crew chief Slugger Labbe. 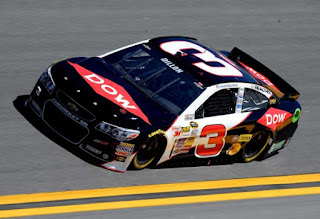 “It was disappointing, because it was tough to pass out there,” said Dillon afterward. “We’ve really got to pick it up as a group -- me included -– on pit road. At one point in time, we were faster than the leader. To come back to fifth, the good Lord was looking out for us and the cautions fell right.
“We had a shot to win and if we were good enough to win, we would have done it. We’ve got a little bit more work to do, but I believe a win is in the future.”
Dillon has heard the snickers in his three full-time Sprint Cup Series seasons, with pit road observers playing the nepotism card, early and often.
“Rich kid,” they say. “Born on third base and thinks he hit a home run.”
No one has been tougher on Dillon, however, than he has been on himself.
“We sucked last year, he said candidly. “That’s the best way to say it. At times, we did. I can’t say enough about (our sponsors) sticking with us the last two years. We’ve had some ups and downs.”

At the midpoint of last season, a personnel change installed Labbe atop Dillon’s No. 3 pit box, and while it took a little time for the results to show, the team ended 2015 on an upswing. Critical to that turnaround was Labbe’s no-holds-barred approach to critiquing his team’s performance from week to week; an approach that is long on honesty and short on political correctness.

“He has taken the criticism very well,” Labbe said. “We all want to get better. I criticize my performance every day. Austin is still a rookie in many ways. And as a team, we just can’t make mistakes. But look, we had a shot to win the race (today). That’s what we want. Richard and our sponsors have given us the tools we need, and this low downforce package fits Austin’s driving style. I’m proud of the speed that we have in our cars.”

Dillon was equally optimistic, saying he sees brighter days ahead for both his race team, and Richard Childress Racing as a whole.

“As a group, I believe we are working together really well,” he said. “Slugger has done a good job with our race cars. I know I can do this. We just need to make our cars fast, and we’re proving that right now.”