Motor Racing Network – “The Voice of NASCAR” – is poised to kick off its 43rd year of broadcasting with live coverage of Friday’s Hall of Fame Induction Ceremony in Charlotte, N.C.

The Class of 2012 will be formally enshrined as the sport honors its third group of inductees: Richie Evans, Dale Inman, Darrell Waltrip, Glenn Wood and Cale Yarborough. MRN Radio’s live coverage will be anchored by Barney Hall and Joe Moore and produced by Amada Trautman. Air time is 7:30 p.m. (EST).

“We’re eager to get the racing year started and what better way to do that than by honoring five legends of our sport?” said MRN President and Executive Producer David Hyatt. “We’ve delivered complete Hall of Fame coverage of the first two classes going in and are equally proud to be part of this year’s ceremony.”

Evans was recognized as the king of Modified racing. He won nine championships in a 13-year span, including eight straight from 1978-85. Evans ranked No. 1 in 2003 voting for NASCAR’s all-time Modified Top-10 and was named one of the sanctioning body’s 50 Greatest Drivers in 1998.

Inman was Richard Petty’s crew chief for nearly three decades, setting records for most wins (193) and championships (eight) by a crew chief. Inman won seven titles with “King Richard” and got his eighth in 1984 with driver Terry Labonte. 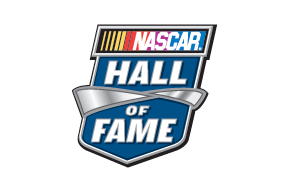 Waltrip is a three-time Cup Series champion, tied with Hall of Famer Bobby Allison for fourth place on the all-time win list with 84. One of those victories came in the 1989 Daytona 500 while driving for car owner Rick Hendrick.

Wood laid the foundation for the famed Wood Brothers as a NASCAR driver before transitioning to team owner with the venerable organization, which dates back to 1950. Wood Brothers Racing heads into Speedweeks 2012 as defending champion of the Daytona 500, scoring the upset win a year ago with rookie Trevor Bayne.

Yarborough was the first Cup Series driver in NASCAR history to win three consecutive championships (1976-78). During that stretch, Yarborough won 28 races and his winning margin was 195 points or greater in all three years. His 83 career victories rank him sixth on the all-time list.

“Fans count on us as the clear radio voice for race coverage and NASCAR news,” Hyatt said. “Our Hall of Fame coverage is an extension of that and we’re privileged to be a part of NASCAR history once again.”