“Jeff Gordon transcends NASCAR and will be celebrated as one of the greatest drivers to ever race. We have all enjoyed watching his legend grow for more than two decades, and will continue to do so during his final full-time season. His prolonged excellence and unmatched class continue to earn him the admiration of fans across the globe. Today’s announcement is a bittersweet one. I’ll miss his competitive fire on a weekly basis, but I am also happy for Jeff and his family as they start a new chapter. On behalf of the entire NASCAR family, I thank Jeff for his years of dedication and genuine love for this sport, and wish him the very best in his final season.” -- Brian France, NASCAR Chairman/CEO 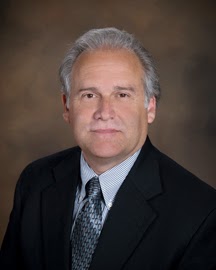 “I think with the announcement of 2015 being Jeff Gordon’s last full-time year behind the wheel, we all need to stop and say ‘thank you Jeff’. His contributions to this sport are so numerous it would be a blanket ‘thank you’ for everything. Primarily he helped to take NASCAR to another level. He was a young kid from the Midwest with a lot of potential, coming in here in 1993, starting his career when our “King” was winding his up. He arrived on the scene at a perfect time. I looked at his stats here at Martinsville and was truly shocked. I knew he was good here but not until I saw his record did I realize just how good he is here. Forty-four starts, eight wins, 35 Top-10s, 28 Top-5s, no DNFs and out of the 44 starts he led in 34 of them. That is an amazing record. Jeff Gordon is a class act and I wish him the best this year as well as whatever the future holds for him.” -- Clay Campbell, President, Martinsville Speedway

“Jeff Gordon is an incredible competitor, leader and ambassador for Chevrolet and motorsports. He has contributed so much – not only on the track with his 92 wins and four championships, but also away from the track as a businessman, with the Jeff Gordon Children’s Foundation, and more importantly, as a husband and father. He is a champion, and he has been a great friend. We are proud of our relationship with Jeff, and, just like all of his fans, we look forward to watching him compete for one more championship. We wish Jeff and his family – Ingrid, Ella and Leo – all of the best.” -- Mark Reuss, General Motors executive vice president of global product development, purchasing and supply chain 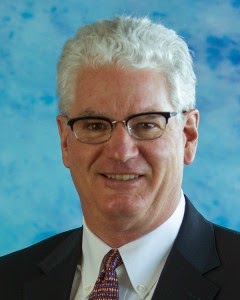 “As promoters we are supposed to be neutral observers, but given his local roots and the tremendous success he’s had at our track, I must admit Jeff Gordon has always been looked upon as the home team around here.  If he were to win our race in June on his way to his fifth Sprint Cup Series championship, it would likely be a huge cause for celebration among our local race fans.  We look forward to helping Jeff celebrate the culmination of a remarkable sports career.” -- Steve Page, President/General Manager, Sonoma Raceway

"I've known Jeff since he was a teenager with a really bad mustache. It has been thrilling to watch him develop from a promising Busch Series driver into perhaps the greatest professional our sport has ever seen. Jeff showed last season that he still has a burning desire to win races and championships. You won't find a finer professional, person or charitable athlete.  We have been fortunate to be associated with him for all of these years. I'm sure all fans, even of the other drivers, will want to show their appreciation to Jeff this year." -- Eddie Gossage,President, Texas Motor Speedway

“Jeff Gordon’s significance to our sport cannot be overstated. He is an incredible competitor, and a favorite of millions of fans. His contributions throughout his career to NASCAR have elevated our sport’s popularity worldwide. On behalf of the France family and ISC, I thank him for those contributions and wish him the best as he embarks on this next chapter of his career – and his life. We all look forward to watching him take the green flag for his last full-time season, beginning with the DAYTONA 500.” -- Lesa France Kennedy, CEO, International Speedway Corporation

“Jeff Gordon is a great champion and a tremendous ambassador for NASCAR. He is truly a class act who played an integral role in helping to broaden the appeal of our sport. Jeff has always had a large fan-following at our race, and we look forward to celebrating his accomplishments prior to the Ford EcoBoost 400 on November 22 as he concludes his full-time Sprint Cup Series career at Homestead-Miami Speedway.” -- Matthew Becherer, President, Homestead Miami Speedway
Posted by Dave Moody at 4:40 PM