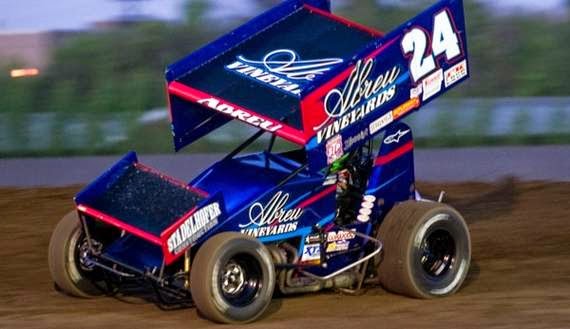 Rico Abreu may be small in stature, but his future in the sport of auto racing stands tall.

The four-foot, four-inch, 95-pound Abreu is a little person in a full sized, high horsepower sport, but after claiming the USAC Midget national championship and topping a 300-plus car field to win last weekend’s Lucas Oil Chili Bowl Midget Nationals, Abreu announced today that he will contest the 2015 NASCAR K&N Pro Series East schedule this season for HScott Motorsports with Justin Marks.

“I'm really excited for what is to come and looking forward to all my new goals and accomplishments,” said Abreu, adding that he looks forward to this new opportunity, and competing in front of a new fan base.

“It's a big step, because I come from the Open Wheel world where everyone knows everyone. There are so many more NASCAR fans that don't follow dirt racing and don't know what I do, so I'm really looking forward to it. I think the fans will react a lot differently than (they do to) the average driver -- average-looking driver -- coming to NASCAR. I'm excited to see how it goes.  I think it's going to be just fine.

“I'm planning on having a lot of success,” he said. “The people that I've surrounded myself with are phenomenal people, and I think that raises the bar and raises my confidence level.”

Abreu talked about the modifications needed to adapt a full-sized stock car to fit a 4’-4”, 95-pound driver. 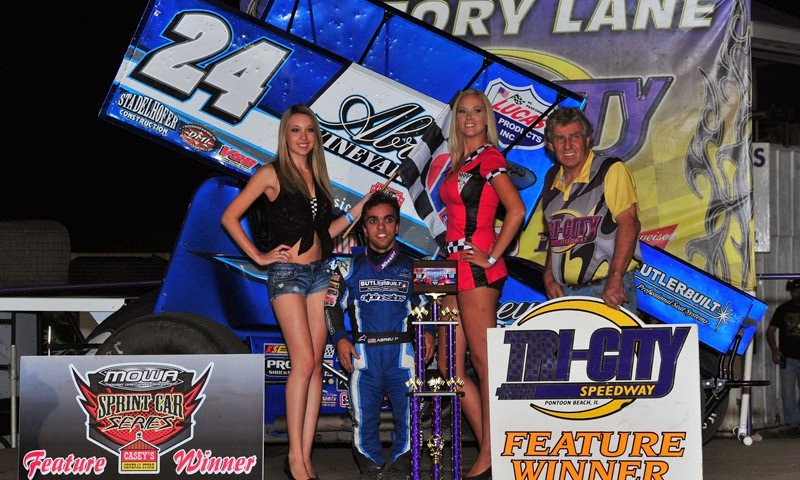 “A Sprint Car is a lot different, because you sit down like you sit in a chair,” he said. “Your legs are underneath you. (In) my Sprint Car, there are foot blocks that allow my feet to reach the pedals. Then the seat is pushed forward about six inches. So, it's a little different than the stock car, where you're more sat down, your legs are in front of you and the pedals are moved toward you like in the vehicle you drive daily.

“The spacing behind the seat is really the same,” he added. “There's not a big spacer, but there is a decent-sized spacer behind my seat to get me closer to the steering wheel. Because NASCAR has rules where you can't be too far away from… the tubing on the frame of the car. The pedals are mounted right under the dashboard and the dashboard is moved up closer to me (so) I can reach all the electronics.  If you look in my cockpit, it's hard to tell there is a difference.

“The modifications are really simple,” he added. “Nothing is way off the radar and it's really safe. Everyone agreed with every decision and every modification they made.  I'm really excited and really comfortable sitting in a car that I haven't even raced yet.

Abreu said his course to NASCAR has been charted by a close friend, 2014 Sprint Cup Series Rookie of the Year Kyle Larson.

“Kyle has made a really big impression in the sport over the last year, with all the success he's had,” said Abreu. “I've known Kyle for the last six years and I consider him a brother.  His parents could be my mom and dad, (that’s) how close we are. 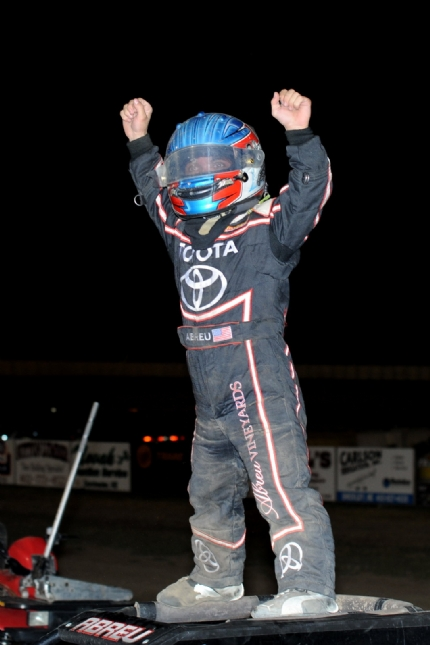 “Kyle is definitely the one I look up to and the one I can go to for anything,” he said. The people I've met through Kyle -- like Tony (Stewart) and Kasey (Kahne) -- there are so many drivers I feel I can go to for support. My confidence is so high (and) I'm really looking forward to it.  I don't think I'm going to have too many problems to deal with.”

Abreu will make his first career stock car start this Saturday night at Florida’s New Smyrna Speedway, and he admitted today that he has a lot of learning to do.

“I've never raced one,” he said. “Yesterday, I drove around the parking lot for the first time (in) a Late Model.  So my whole goal going to New Smyrna is getting laps in and making sure I'm comfortable in the race car.

“I started reading a book yesterday that Ross Bentley wrote, and he says in it the most important thing is being comfortable in your race car. That is so right. That's my whole goal this weekend; getting comfortable and making sure everything is right so I don't run into problems down the road where I'm not comfortable. You have to be 100% in these race cars and you can't lose concentration when you're racing by being uncomfortable.”

“Saturday was a big night for me, because of all the coverage that the Chili Bowl has gotten and the people that have attended that event. I was watching the (qualifying) races in the infield, and I looked over and saw Roger Penske.  It was his first time at the event, and he came and introduced himself. I asked him what he thought and he said, `This is unbelievable.’ Kurt Busch was there and Danica, and all these people were so intrigued.

Abreu said auto racing was the one sport that allowed him to be one of the crowd, despite his diminutive size.

“When I grew up, I played sports and wrestled in middle school,” he recalled, “and all my friends and classmates kind of outgrew me. I was limited to the things I could do and became a big race fan. I didn't think I could race until I did it for the first time, let alone be so competitive so quickly in my career.

“It's so cool to (know) that people believe in you and would like to see you achieve,” he said. “I think a lot of people believe in me, and it gives me a lot of confidence and humbles me. I'm glad that people can really see who I am, and don't judge me for what I look like or why I'm doing it. I'm doing it because I'm a racer and I love the sport.”

The California native said he will not abandon his Open Wheel roots, with the K&N Pro Series East schedule occupying only 14 weekend this season.

“It won't impact my Sprint Car schedule at all,” he said. “The K&N schedule is going to be my priority, and then I'll race sprint car races and midget races around it.  I'm planning on racing 120 times this year; as many as I can get in.


“I was talking to Tony at the Chili Bowl, and I told him there is a conflict where the K&N guys are at Dover, and there are three Sprint Car races at Williams Grove. He said, `don't worry about that, I'll get you there.’ It's pretty cool that I have Tony behind me on all this.  It allows me to race even more than I was already planning on.”