This is the third in a series of profiles on the five members of the Class of 2015 of the NASCAR Hall Of Fame. The five will be inducted in Charlotte, North Carolina, on Jan. 30, in a ceremony to be broadcast live at 8 p.m. ET on NBC Sports Network, Motor Racing Network Radio and SiriusXM Satellite Radio. 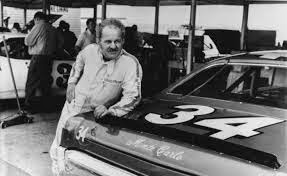 During a 13-year premier series career, Wendell Scott likely never considered he was making NASCAR history. The Virginian’s sole concern was getting to the next race on a miniscule budget.

Scott wasn’t the only driver to struggle financially. The odds of making a good living racing stock cars were long in the 1960s and early 1970s when purses were small, large sponsors unheard of and manufacturer support came and went with the turning of the calendar’s pages.

But Scott faced a challenge not shared by his fellow competitors: that of an African-American battling to succeed in a still-segregated society.

Measured against that backdrop, Scott succeeded admirably. He became the first – and to date, only – black driver to win a premier series race, at Jacksonville, Florida, in 1963. He made 495 starts to rank 37th on the series’ all-time list, posting 147 top-10 finishes, more than 25% of the races he entered. Scott finished four times among the top 10 in driver championship standings including a sixth in 1966. 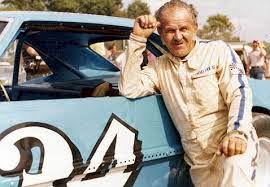 Scott was singular of purpose, owning and preparing the cars which carried the No. 34. His Chevrolets and Fords were second hand. Without sponsorship, Scott couldn’t afford to hire a pit crew, which usually was comprised of his sons. Tires and spare parts were cast offs from other teams.

Scott, however, never used that as excuse to give less than 100 percent. He finished 321 of his 495 starts.

“We weren’t allowed to use the words ‘can’t’ and ‘never.’ He didn’t believe in those words,” said Franklin Scott, one of Scott’s seven children and a member of his father’s pit crew. “He instilled in everybody he met that if you’re willing to work and do the things necessary to be successful, you can be successful.” 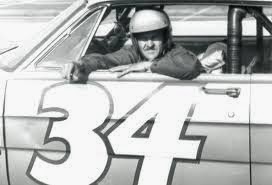 “If he’d had the equipment or financial backing that I and others had, he would have won more races,” said Jarrett in a 2009 story published in the New York Times.

Wendell Oliver Scott was born Aug. 29, 1921 in Danville, Virginia. His father was an expert mechanic, a trade the young Scott quickly learned. After serving in Europe during World War II, Scott returned home to become a taxi driver, who also transported illegal whiskey. He competed in his first race at the Danville fairgrounds winning $50. Over the next decade Scott won more than 100 sportsman and modified stock car races as well as the Virginia State Sportsman championship.

Scott made his NASCAR premier series debut at age 39 on March 4, 1961 at Piedmont Interstate Fairgrounds in Spartanburg, South Carolina, driving a year-old Chevrolet purchased from Baker. He continued as a series regular until 1973, his career ended by an accident at Talladega Superspeedway.

Scott’s signature victory in the Dec. 1, 1963 race at Jacksonville’s Speedway Park in the third event of the 1964 season was fraught with controversy. Scott, who started 15th, initially was listed as finishing third behind Baker, who took part in victory circle ceremonies and headed for home with the race trophy. A subsequent scoring re-check found Scott actually had finished two laps ahead of Baker.

“I knew I’d passed Buck … three times and only made one pit stop for gas and didn’t lose a lap,” said Scott, who led the final 27 laps after frontrunner Richard Petty slowed with steering problems. “I knew I had won.”

In 1990, Scott lost a battle to cancer at age 69. In January 2013 Scott was awarded his own historical marker in Danville, proclaiming in part, “Persevering over prejudice and discrimination, Scott broke racial barriers in NASCAR.”