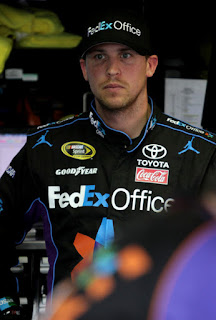 
Hamlin had a MRI this morning to confirm the diagnosis and has been evaluated by the medical team at OrthoCarolina. He has received the medical clearance necessary to continue racing activities and is expected to race the remainder of the season and through the Chase for the NASCAR Sprint Cup Series Championship. Hamlin will require surgery to repair the ACL damage following the season.
Hamlin will address the media on Friday at 2:55 PM in the Media Center at Richmond International Raceway.
Posted by Dave Moody at 3:59 PM