Homestead Ford 400 Is SOLD OUT! 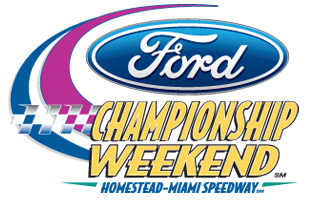 With three races still remaining in the 2015 NASCAR Sprint Cup Series season, Homestead-Miami Speedway President Matthew Becherer announced today that the Ford EcoBoost 400 on Sunday, November 22, is sold out for the second consecutive year. The championship race will air live from Homestead-Miami Speedway at 3 p.m. ET on NBC and SiriusXM NASCAR Radio.


In addition to reserved and general admission seating, all premium seating areas including the Champions Club, Speedway Club, Pit Box, suites and Pit Road Cabanas have been sold out since September. All that remains is a limited number of RV Camping available in the GEICO RV Park.


“There will be many storylines heading into the Championship Round at Homestead-Miami Speedway, one of which will be Jeff Gordon vying for a fifth championship title in his final Sprint Cup Series season,” said Becherer. “We saw last year that the new Chase format gives our fans the opportunity to truly witness history during the Ford EcoBoost 400, and we fully anticipate that again with this year’s race. Our guests who will be out here at the track will not only be treated to a terrific weekend of racing, but also an unforgettable overall experience with all of the entertainment and amenities that we have planned.


With two races left in the Eliminator Round, only Jeff Gordon has locked in his spot as one of the Championship 4 eligible to compete for the Sprint Cup Series title. Another driver could do the same after this weekend in Texas, and all four spots will be solidified after the Sprint Cup Series race at Phoenix International Raceway on November 15.


Although the Ford EcoBoost 400 is now sold out, fans of some of the most popular drivers on the Sprint Cup Series circuit will have a chance to see those same drivers a day earlier in the XFINITY Series race.


The Camping World Truck Series championship title could come down to the final race of the season at Homestead-Miami Speedway, as only 13 points separate the top three drivers in Erik Jones, Matt Crafton and Tyler Reddick. The Ford EcoBoost 200 will air live from Homestead-Miami Speedway on Friday, November 20 at 8 p.m. ET on FOX Sports 1 and SiriusXM NASCAR Radio.


The XFINITY Series championship could also come down to the final race at Homestead-Miami Speedway, as defending champion Chase Elliott is second in points to Chris Buescher, who is looking for his first championship title. Only 36 points separate first through fourth place in the XFINITY Series, with drivers Chris Buescher, Chase Elliott (27 points behind Buescher), Regan Smith (33 points behind Buescher) and Ty Dillon (36 points behind Buescher) will battle for the title. The Ford EcoBoost 300 will air live from Homestead-Miami Speedway at 2:45 p.m. ET on NBC and SiriusXM NASCAR Radio.
Tickets for the Ford EcoBoost 200 and Ford EcoBoost 300 can be purchased by calling (305) 230-5255, or online at www.HomesteadMiamiSpeedway.com.
Posted by Dave Moody at 3:45 PM