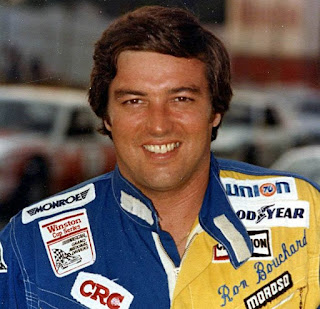 Former NASCAR Winston Cup Series Rookie of the Year and Modified great Ron Bouchard will be laid to rest today in his hometown of Fitchburg, Mass., after losing a lengthy battle with cancer Thursday, at the age of 67.


For most fans, Bouchard is best remembered for an upset victory in what is now the NASCAR Sprint Cup Series at Talladega Superspeedway in 1981. But for those who knew him best, the Massachusetts native will forever be recalled for his competitive spirit, unquestionable talent at the wheel of a race car, and his ever-present smile.


Bouchard exploded onto the northeast racing scene at the tender age of 14, climbing behind the wheel of his father’s Late Model at the long-shuttered Brookline Speedway in 1963, when its regular driver fell ill and was unable to compete. From those humble beginnings, Bouchard quickly became one of the hottest young talents in New England stock car racing.


“The first time he showed up at Seekonk Speedway, he asked his car owner, `Who’s the hot dog around here?’” recalled northeast Modified great and lifelong Bouchard golf buddy George Summers. “His crew pointed to me, and for the next few weeks, he was always the first one strapped in for practice. He would follow me onto the track and shadow my every move. When I went high, he’d go high. When I went low, he’d follow me.


“I didn’t mind it, really. In fact, I took it as a compliment. But after a few weeks, I realized that the kid was better than me. I told him, “I’m not here to give you a free education, go follow somebody else! 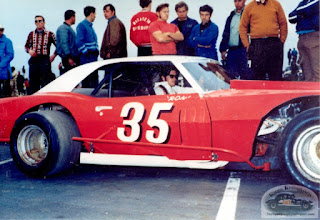 
“Jack had approached me once before,” recalled Bouchard in a 2014 interview, “but between running the modified five nights a week and working in the family business, I was doing so good that I turned him down. After Harry left, he called me again, and I decided to give it a try.” 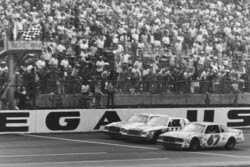 In just his 11th career start, he stunned the Winston Cup regulars by winning the 1981 Talladega 500, slipping past eventual NASCAR Hall of Famers Darrell Waltrip and Terry Labonte within sight of the checkered flag to claim a Cinderella victory by less than two feet at the line.


"Coming off the fourth turn, Terry decided to pass Darrell on the outside," said Bouchard in Victory Lane. "When he moved up, Darrell moved up to get in front of him. When I saw that, I just shot down to the inside… and moved up fast."


“Terry and I got a little too caught up in racing each other, laughed Waltrip last week. “We forgot all about Ron, and as we crossed under the checkered flag, I looked to my left and realized he had snookered us both, but good!

Bouchard claimed the Winston Cup Rookie of the Year award that season, outdistancing a class that included the late Tim Richmond, Morgan Shepherd and Joe Ruttman. He made 160 Cup Series starts between 1981 and 1987, amassing 19 Top-5 and 60 Top-10 finishes, along with three poles. He also collected 20 starts on the then-NASCAR Busch Series, with two victories and eight Top-5 finishes along the way.


Bouchard left Beebe’s team at the end of the 1985 campaign, after infighting between crewmembers threatened the team’s stability. He ran a part-time schedule in team owner Mike Curb’s Valvoline-sponsored Pontiacs in `86, then made five starts for veteran Hoss Ellington the following year before abruptly walking away from the sport.


“It just wasn’t what I was used to,” said Bouchard of his final seasons. “I had an opportunity to go home and start my own business, and at 40-years old. I knew I wasn’t going to race much longer, anyway.”


"The people and customers are my friends," he said. “I talking with them, earning their friendship and helping them out.” 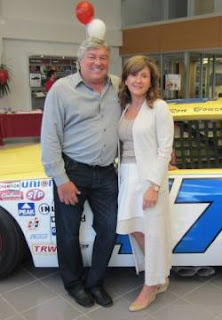 Sadly, Bouchard was diagnosed with lung cancer a few years ago. He kept that diagnosis secret from all but his closest friends and family, taking part in groundbreaking ceremonies for the planned North East Motorsports Museum on the grounds of New Hampshire Motor Speedway last summer, and working tirelessly alongside Paula -- the daughter of modified legend Ed Flemke and his wife of more than 30 years -- to open his own RB Racing Museum on the grounds of his Fitchburg dealership.


“That museum became very important to him,” said Bouchard’s brother-in-law, modified driver and chassis builder Ed Flemke, Jr. “I think he knew there was not much time left, and he wanted to see it completed. He and Paula were such a tremendous team. They did everything together. They were the perfect married couple, right to the end.”


NASCAR commented on Bouchard's passing last week, saying in a written statement, "Ron Bouchard's passion for racing was evident from his very early years in NASCAR. Competition fueled Ron, whether racing modifieds at short tracks across the Northeast or winning rookie of the year honors in NASCAR's premier series. He loved this sport, and made an indelible mark on it, one that won't soon be forgotten.


"NASCAR extends its condolences to the friends and family of Ron Bouchard, a true racer."


"It was a tough battle," said Flemke, choking back tears as he recalled Bouchard’s final weeks. "It was difficult at the end, but he fought a good fight, as he always did."


Now, as checkered flag flies over the career of one of the northeast’s most beloved racers, we are left to embrace his loving family and share the memories of an amazing talent, and an amazing man.


Rest in peace, Ronnie. We will never forget you.