In Defense Of Martinsville Speedway

Clay Campbell got a little hot under the collar Sunday.

His racetrack -- Martinsville Speedway – was virtually sold-out, as fans packed the grandstands to see the second outing for NASCAR’s new Car Of Tomorrow. The racing on the track was fabulous; some of the best we’ve seen at the Virginia half-mile in years. Even the showers forecast for early in the day held off, allowing the race to conclude after a single, brief rain delay.

So why was Campbell scowling, on a day when his smile should have been a mile wide? Because of an online article the day before that put his track solidly on the list of NASCAR’s endangered species.

NASCAR.com staff writer David Caraviello painted a grim picture of the picturesque half-mile oval Saturday, writing, “compared to most other racetracks…the place is a dinosaur. And we all know what happens to dinosaurs. They go extinct.” 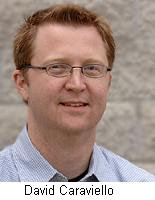 To be fair, Caraviello did find a few things to like about Martinsville, “from the unfailingly courteous staff to the springtime South Virginia scenery to the product on the racetrack.” However, he also railed against the track’s location – “an hour from anywhere” – and its facilities – “good luck finding an asphalt parking lot” -- stating that its status as one of three short tracks remaining on the Nextel Cup schedule is the only thing keeping Martinsville alive.

"With North Wilkesboro gone, Rockingham shuttered and Darlington down to one race, Martinsville stands as the final, vulnerable outpost among NASCAR's traditional tracks," he wrote. "Wherever and a bulldozer breaks ground (on new tracks in Denver or New York), the clock begins ticking on Martinsville. Right now, it's a racetrack being saved by red tape.”

Despite the fact that similar stories have been written before (roughly twice a year for the last 10 years), Caraviello’s column struck a nerve with Campbell, prompting him to schedule a 10 a.m. Sunday press conference to address what he called, “persistent, unfounded and irresponsible stories and rumors about Martinsville’s demise.”

In that conference, Campbell said, "I have never read a story about Martinsville coming from NASCAR, and nobody has done a story talking to Mike Helton about it. It’s frustrating to have to continually dispel rumors about it. I don’t mind anyone voicing their opinion, but I would appreciate them coming to me first and talking to me about it.”

If Campbell’s goal was to tone-down the anti-Martinsville rhetoric, it didn’t work. Almost immediately, some of the same writers who consistently flog NASCAR for its alleged disregard for tradition declared "open season" on one of NASCAR's most traditional and historic racetracks. 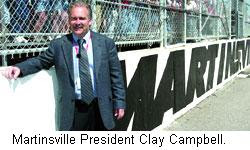 The following day, the Winston-Salem Journal’s Joe Menzer wrote, “Caraviello and myself weren't in attendance (at the press conference). We were stuck in what was reported to be a seven-mile-long traffic jam out in front of Campbell's track. And on my way to the press box later during the race, I saw several seven-mile-long lines to dilapidated restrooms and portable toilets.”

My friend and colleague David Poole groused, "I stayed...near Greensboro, N.C., this weekend and drove 42 miles each way. It would have taken me maybe half the time it did to get to my parking spot, if guards weren’t standing, arms crossed and scowls affixed, across the logical place to enter while hundreds of cars were directed around the posterior to get to the elbow to get to where they should have been going."

Guys, you're entitled to your opinions. But this writer has nothing but good to say about Martinsville Speedway, and I think it's high time somebody defended Clay Campbell and his racetrack.

Simple math indicates that when 65,000 people arrive in the same place at the same time, they can cause a bit of a traffic tie-up. Most of us understand that fact and plan accordingly. I drove into Martinsville Speedway at 7 a.m. Sunday morning, stopping exactly once for a total of approximately 45 seconds. Caraviello and Menzer apparently chose to get a somewhat later start, as is their right. But if you want to sleep-in and arrive at the track at 10 a.m., you shouldn’t expect to find acres of open highway awaiting you.

FYI: I left the track two hours after the checkered flag, and never stopped.

During my three days at the speedway, I patronized a handful of Martinsville’s “dilapidated restrooms.” I found no marble floors, no brass-handled fixtures, and no attendant at the door handing out hot towels and mints. However, there was running water, flushing toilets, soap and paper towels. The facilities were clean, well-stocked, and representative of what I have found at other sporting venues across the country. Probably no better, but certainly no worse.

I spent time wandering through Martinsville’s overflowing campgrounds during the weekend, talking with fans about the race and the racetrack. Apparently, they had not read Caraviello or Menzer’s articles. They all seemed to be having a wonderful time, blissfully oblivious to the traffic delays, antiquated facilities and lack of Five Star amenities that spoiled the weekend for Caraviello and Menzer. 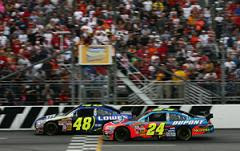 They said they felt comfortable and welcome at Martinsville, pointing out campground neighbors they have known for decades, and relating stories of great races gone by. They praised the track itself, calling its half-mile layout a throwback to NASCAR’s golden era, when 2,000 right turns were often followed by a good right-cross to the chin.

Martinsville, they said, was like a old pair of shoes; slightly worn, perhaps a bit too small, but still their favorite stop on the circuit.

I couldn’t agree more. And the hotdogs are good, too.

I ran into Clay Campbell Sunday morning, and considered stopping to reassure him that not everyone sees his track as a dinosaur. He was busy, though, greeting fans as they came through the gates, and thanking them for supporting the speedway his late grandfather first plowed out of a field in 1949.

In an era where tradition often ranks a distant second to corporate profitability and TV ratings points, Martinsville Speedway proves that some things never change.

Some things don't have to, and I thank God for that.
Posted by Dave Moody at 10:32 AM