The "Blame Game" Can Wait 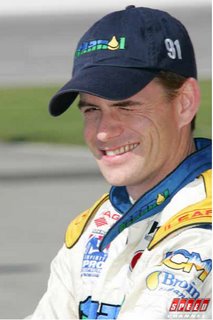 a at Homestead-Miami Speedway is already undergoing microscopic analysis, complete with a healthy dose of second-guessing by many in the media. Unfortunately, in the headlong rush to point the finger of blame, some writers and commentors are running roughshod over the usual boundaries of good taste and decorum.

Just hours after the crash, Open Wheel analyst Robin Miller penned a column for SPEEDTV.com entitled, "The Sad, Cold Truth." In that column, Miller wrote, "With all due respect to the deceased and his family, Paul Dana was in over his head; the victim of a system where people have been buying rides at the highest level for more than 25 years. Dana...lost his life here Sunday morning in an accident that more or less confirmed he was out of his depth at 200 mph."

I have a great deal of respect for Robin Miller. He is unquestionably one of the top Open Wheel reporters in the business, and his knowledge of the sport and the people in it are beyond reproach. In this case, however, his desire to be right has overridden his sense of common decency.

Miller correctly points out that in this sport, it takes money to compete. Lots and lots of money. He calls it the "Walter Mitty scenario," wherein a relative novice is able to compete in a professional sport, based on nothing more than the ability to finance their own ride. I fell in love with racing at a very young age, and often dreamed of becoming a championship driver myself. The cold, hard realities of life soon asserted themselves, however, forcing me to accept that I was never going to challenge "King" Richard Petty's 200 career NASCAR wins. I simply didn't have the talent.

If my father had 10 million dollars in the bank, I might have been able to ignore that fact for a few more years. And perhaps, with a little luck, I might have made it to NASCAR Nextel Cup racing, in spite of myself. There are enough Buckshot Jones stories out there to keep hope alive, at least.

Motorsports is the only game in town where a kid can buy his way onto the roster; with or without an abundance of talent. Miller clearly believes Dana to be an example of this, writing, "Dana didn't replace Vitor Meira on Rahal's team because he was a better driver, he simply brought money, in the form of sponsor Ethanol. (He) certainly wasn't the first or the worst to buy his way into an Indy car. We've seen Patrick Bedard, Dale Whittington, Jack Miller, Paul Jasper, Dennis Vitolo, Randy Lewis, Lyn St, James .... there's a long list of people who were much better at marketing than they were at driving."

This phenomenon is certainly not unique to the Indy Racing League. It happens on the rival Champ Car World Series, and it happens in NASCAR. It happens just about everywhere in motorsports, and there's nothing Robin Miller and I can do or say to change it. Which is what troubles me most about this mad rush to judgement on Paul Dana.

Dana climbed the ladder to the top of the Open Wheel Racing world, and he did so appropriately. Most recently, he won a pole and a race on the IRL Infinity Pro Series, the Triple-A league for aspiring Indy Car drivers. Did the lucrative backing of Ethanol -- and the willingness of Bobby Rahal to use that backing to put him behind the wheel of an Indy Car -- lead directly to Dana's death?

Quite possibly. But what's the point? Even Miller admits that Sunday's tragedy was unavoidable, given the current state of affairs in Open Wheel racing.

Bobby Rahal has second-guessed his decision a million times by now. Dana's widow, Tonya, has suffered through the first of many sleepless nights, wishing she could have talked her husband out of his lifelong dream. Everyone associated with Paul Dana or Rahal-Letterman Racing has spent the last 24 hours looking back, wondering if there was something they could have said or done to save his life.

It's cliche' to say that Paul Dana died doing what he loved. But it's also true. There will be plenty of time to analyze what happened Sunday, and plenty of time to second guess. Right now, let's avoid the urge to assign blame in favor of something more worthwhile; supporting those who are left behind.