You've Got To Love Jeff Hammond 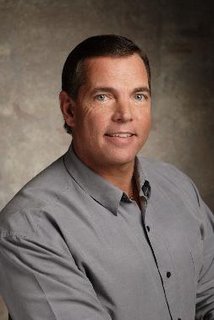 FOX-TV analyst Jeff Hammond has always been a favorite of ours on the show. Suzy thinks he has "dreamy eyes," and Marty and I enjoy the fact that he'll answer just about any question we throw at him, no matter how offbeat. In carpenter's terms, Hammond is about half a bubble off center, just like us.

The latest example of this fact is the recent announcement that Hammond and Hermie Sadler will climb into the ring Saturday night in Martinsville, taking part in an eight-man “Lumberjack Match” with Team 3-D (formerly the Dudley Boys), taking on five-time NWA Champion Jeff Jarrett, Americas Most Wanted, and "Showtime" Eric Young.

Hermie has competed on a few wrestling cards in the past. The real rasslers love him, because he's small enough to fly 4-5 rows deep into the crowd when they toss him over the top rope. Hammond, meanwhile, is a lifelong wrestling fan who apparently thinks it'll be fun to get the snot knocked out of him in front of all his friends. Darrell Waltrip will serve as Honorary Ring Announcer for the match, while Kyle Petty, Elliott Sadler, Scott Riggs, Michael Waltrip, and other NASCAR personalities serve as “Lumberjacks,” patrolling the ringside area to prevent the contestants from escaping.

I've been a wrestling fan since I was a kid. We used to go to matches at the Burlington (VT) Memorial Auditorium, and I met Andre the Giant once when I was about seven years old. He was -- quite literally -- larger than life. Yeah, I know it's all scripted, but I don't care. I respect the athletic ability required to take the ferocious bumps those guys take, and walk away with life and limb intact. Besides, it's great entertainment. I think I'll pop over to the Old Lowes Building --across the street from the Speedway -- after Saturday's Craftsman Truck Series race and check it out.

I wonder if they need any more Lumberjacks?!?
Posted by Dave Moody at 11:18 AM