It's Official: Patrick To NASCAR In 2010

After months of flirtation, Danica Patrick is finally ready commit – on a limited basis – to NASCAR. The IndyCar Series star announced today in Phoenix that she will run a limited schedule of NASCAR Nationwide Series and ARCA races next season for JR Motorsports, ending months of speculation about her future. 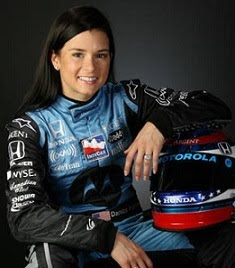 Her exact 2010 stock car schedule was not announced today; only that she will take her first laps in a full-fendered racer in a three-day ARCA test at Daytona International Speedway December 18-20. Assuming that NASCAR officials like what they see in that test, Patrick would then be approved for competition in the 2010 ARCA opener during SpeedWeek, and presumably for the NASCAR Nationwide Series lid-lifter on February 13.

The remainder of Patrick’s stock car slate will be arranged with an eye toward the IndyCar Series schedule, which remain her top priority. Patrick recently sign a new, two-year contract with the Andretti Autosport IndyCar team, with an option for a third. 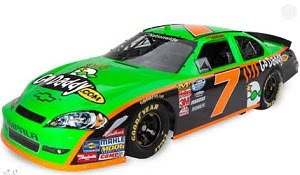 Both Patrick’s NASCAR and Indy efforts will be sponsored by GoDaddy.com, which will also back Mark Martin’s Hendrick Motorsports Sprint Cup entry on a limited basis next season. Sources at JR Motorsports say a pair of ARCA-legal Chevrolets are near completion in the team’s Mooresville, NC shop, with crewchief Tony Eury, Jr., overseeing the operation. Co-owner Dale Earnhardt, Jr., said last week that he hopes to field two full-time Nationwide Series entries next year, but that sponsorship for both cars is lacking. Kelly Bires’ #88 Chevrolet currently is sponsored for only half the races in 2010, with the #5 – renumbered #7 for Patrick to match her IndyCar livery – has only four sponsored races beyond Patrick’s limited schedule.

Randolph To TRG: Doug Randolph will replace Slugger Labbe as crewchief for Bobby Labonte and the #71 Sprint Cup Series team at TRG Motorsports.

Randolph most recently served as crewchief for the #07 Richard Childress Racing Chevrolet, and will rejoin Labonte, who he crewchiefed for at Petty Enterprises in 2007. Labbe parted company with TRG late last week to accept a new position with the newly merged Richard Petty Motorsports/Yates Racing operation as crewchief for Paul Menard. He began work there yesterday, but the team has still not officially announced his hiring.
Posted by Dave Moody at 1:03 PM