Could Pocono Lose A Race? Mattioli Leaves Room For Doubt 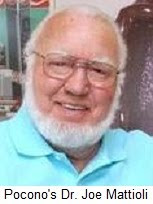 Pocono Raceway co-owner Dr. Joseph Mattioli said today that two NASCAR Sprint Cup races per season is too many for some tracks, possibly including his own. Mattioli told Yahoo!Sports writer Brant James, “There’s a lot of empty seats, aren’t there? We’re oversaturated. It was good for all of us at one time. But now? No.”

Mattioli has always insisted that he will never sell the historic Pennsylvania speedway or relinquish either of its two annual Sprint Cup dates. But today’s comments, combined with rumors of a major Sprint Cup Series schedule shakeup in 2011, have put talk of Pocono’s status on the front burner once again.

UPDATE: Pocono Raceway co-owner Dr. Joseph Mattioli told Sirius NASCAR Radio’s Sirius Speedway with Dave Moody Thursday that he might be willing to give up one of his track’s two race dates, but not in the near future. He said he will retain his two Sprint Cup Series dates until at least 2013, when new NASCAR television contracts take effect. Asked if Pocono will be part of a rumored 2011 schedule shakeup, Mattioli replied, “absolutely not.”
Posted by Dave Moody at 1:46 PM