Gateway Opts Out Of 2011 NASCAR Nationwide and Truck Series

Dover Motorsports, Inc. announced today that Gateway International Raceway has notified will not seek NASCAR sanctions in 2011for its two Nationwide Series and one Camping World Truck Series events. 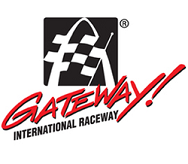 The track’s Vice President and General Manager, Terry Harmeson said, “This was a difficult decision in light of the many years of earnest and continued efforts on everyone’s part to develop a viable market for these events in one of our nation’s greatest cities. We plan to explore various ways to change the economics at Gateway both from the revenue and expense side.” Harmeson said the track will fulfill the balance of its 2010 schedule, including an October 23rd NASCAR Nationwide Series race.

Dover Motorsports President & CEO Denis McGlynn said the company will evaluate all its options for this facility, including its possible sale.

Brandon Mudd, Director of Public Relations for Gateway International Raceway, called NASCAR “no longer an option for us to use as a profit center.” Asked if the track will be sold or re-purposed, Mudd said, “We really don’t know what the future holds. We are exploring all options. We still have a road course and drag strip on the property that are used heavily, so I’m not sure whether sale is an option. We will begin to look at what is viable for us; whether that is an outright sale, or to become a dragstrip with a test facility in the backyard. That decision should come to light in the near future.”

Mudd blamed rampant unemployment in the area for many of Gateway’s struggles, saying “the blue collar has been hit pretty hard here. We had a major auto plant in Fenton, Missouri close down recently, and other manufacturers have closed down either completely or partially. We certainly haven’t seen the (economic) upturn that some other areas have seen.”
Posted by Dave Moody at 5:36 PM