Earnhardt: All-Star Race Is A Test Session... Unless 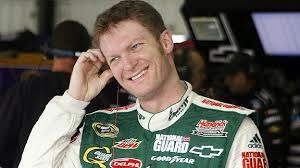 Dale Earnhardt, Jr., said he views tomorrow night’s NASCAR Sprint All-Star Race as a well-paid practice session.
Unless he can put himself in a position to win, that is.
“We will use this weekend to see if we can find speed in the car and prepare ourselves for the (Coke) 600,” he said. “It’s a great opportunity to be at the race track and get some laps in race condition to give yourself the best opportunity to win the 600-miler.
“There is a lot of money on the line this weekend, which is basically all we are racing for,” he said.” But there is a lot to be learned, too. So you try and pay attention to what you are doing and feeling in your car, so you can use those notes next week. You try to look at what your teammates are doing… that you might want to do next week. There is a lot to be learned and hopefully we will get our car going pretty quick.”
He admitted, however, that his emphasis on caution and learning could go out the window if he finds himself within striking distance of the checkered flag.
“I think it’s going to depend on how close -- how much within reach -- the million dollars really is,” he said. “If a guy jumps out in that last 10 laps and gets a good lead, what can you do? What are you going to be able to do? (But) if you can run a guy down, it’s going to get interesting. If you can reach out and grab somebody, you will get pretty aggressive for a million dollars. It just depends on if someone is in reach.
“I hope that it will be close, unless I am leading,” he laughed. “And if we are leading, I hope we are leading by a straightaway.  I hope it’s real boring.”
In terms of strategy for Saturday night’s race, Earnhardt said, “You need to be up front at the last re-start. You’re not going to drive through a handful of guys. (Late at) night, at this track, the groove narrows-up. It gets faster and faster on the bottom and there’s no time to be gained in trying to… run the high line like you might during the afternoon. It’s a really fascinating race track in the middle of the day, but as it gets darker and darker, cooler and cooler, the groove really shortens up.
“You need to be in that top three to have a shot at it,” he said. “Unless those guys get bottled up, banging on each other and somebody scoots around on the top on the restart, I don’t know that you’re going to have much of a chance at winning the race.”
He added, however, that those restrictions “make everything in the first several segments count. It makes you really have to hustle in all those segments… to give yourself an opportunity to start as high as you can in the last segment. The way it’s laid out really pushes you to work every lap, every restart and every opportunity you can seize a position.”
Earnhardt also endorsed the idea of moving the All Star Race away from Charlotte Motor Speedway, saying, “the surface here is indestructible. We can’t wear it out, for some reason. But I think it wouldn’t be a bad idea to take it to Bristol or somewhere (else) and mix it up a little bit. I think you could take it to several tracks and have different results. You could run it at Bristol 10 years in a row and some are going to be awesome and some aren’t. It’s just the same way you have it here.
“I think the venue can make a little bit of a difference. Sometimes it will and sometimes it won’t.”
Despite winning the All-Star Race – then called The Winston – in 2000, Earnhardt joked that he has never held the winner’s check.
“I don’t think I ever saw it,” he laughed. “I was driving for Daddy back then (and) he got all that money (laughs). It was a big deal money-wise, but him being there in Victory Lane and passing him in the last 10 laps like we did (was special).


“Just winning it blew us away. (it was) really one of the most fun Victory Lanes I can remember, aside from the Daytona race this year. It was really just a lot of raw emotion and it just felt great.”
Posted by Dave Moody at 4:58 PM