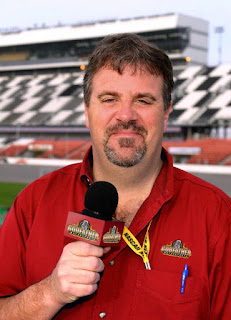 There’s a ton of speculation out there – though very few confirmed facts – surrounding the proposed new “Charter System” that will govern ownership of NASCAR Sprint Cup Series teams, beginning as soon as the 2016 season.


All we know for sure at this point is that a new dynamic is being discussed by NASCAR and representatives of the Race Team Alliance; a dynamic that will significantly alter the way business is done in the NASCAR Sprint Cup Series garage. It’s a complicated process, with a number of different parties having a stake in the outcome. NASCAR, its team owners and member speedways, drivers, sponsors and media partners all have specific ideas about what this new system should do, and how. The wants and desires of those disparate groups must all be addressed, and what’s good for one isn’t necessarily ideal for the other. That’s why talks continue today, nearly four months after they reportedly began.


Working the final bugs out of a dramatically new ownership plan has been both difficult and time-consuming. The devil, as they say, is in the details. There have been plenty of important details hammered out already, with more to come before the new system can potentially be put into play.


If it all comes to pass – and from what we’re hearing, it will -- NASCAR’s new “Charter System” will dramatically restrict who is allowed to show up and race on Sunday afternoons in the NASCAR Sprint Cup Series. It will also impact how business is done in the Sprint Cup garage, and how attractive our sport becomes to potential future owners.


Presently, there is no “escape clause” for Sprint Cup Series team owners. They spend tens of millions of dollars to build shops, purchase equipment and hire employees. They forge technological partnerships with manufacturers and fellow team owners, scour the bushes for sponsorship and head to the race track to be beaten like a rented mule for the first few years of their existence. They climb the competitive ladder slowly – one rung at a time – attempting to get a little bit faster with every passing season until eventually, they become capable of winning the occasional race, or even contending for a championship.


Those are the lucky ones.


The rest languish in the middle or back of the pack, scrabbling for sponsorship, recycling journeyman drivers and fledgling crew chiefs and teetering on the precipitous brink of survival. Those incapable of making the competitive cut fade unceremoniously away, auctioning off buildings, cars and equipment for pennies on the dollar, before slinking out of town with their tail between their legs. Once so full of enthusiasm and promise, their race team is now worth nothing more than the sum of its minimal parts.


That’s a lousy business plan, which explains why in recent seasons, the vast majority of new Sprint Cup Series owners have (A) plenty of money to spend and (B) a love of the sport so severe that they’re willing to risk losing lots of it. As the cost of competition increases – and it always does – the cost of ownership skyrockets accordingly. Owners that once could buy-in for a measly million or two now must spend tens (or even hundreds) of millions of dollars. Simple logic indicates that there are fewer billionaires in the world than millionaires, meaning there are fewer people able to pay the cost of entry to the NASCAR Sprint Cup Series.


That needs to change, if our sport is to continue to thrive.


In order to secure its future, NASCAR must become more appealing to new owners. A better risk, if you will. And a Charter-based system, whereby each and every charter holder is guaranteed to compete in each and every Sprint Cup Series race, makes NASCAR a more palatable risk. Improving the business model – lowering cost and providing a reasonable escape clause – will almost certainly entice more owners to take part.


Under the proposed new Charter System, NASCAR will continue to do what it has done for decades, but in a slightly different way. For most of the sanctioning body’s 60-plus year history, big teams – teams with plenty of money, top-notch equipment and personnel -- have always been locked into races. Whether through qualifying speed, owner points, Past Champion Provisionals or the late, lamented Top-35 system, successful teams have always been assured of being part of the show on race day. Small teams, meanwhile, have always been left to scrap and claw for the leftovers, hoping to muster sufficient on-track speed to claim one of the few spots not reserved for their better-financed, more-successful brethren.


Based on what we are hearing right now, that’s almost exactly how it will work again in 2016.


Big teams – charter holders --- will be locked into the race each and every week, with little guys – non-chartered teams – scuffling for the few remaining “at-large” starting spots. The usual teams will continue to win poles and qualify in the Top-10, and the usual teams will end up going home.


On race day, the proposed Charter System will have even less impact. Teams will race the way they always have, with no discernable changes. The only significant difference then, will lie in the ability of NASCAR to attract men and women of comfortable financial circumstance into ownership roles.


Look at it this way. Right now, nobody is calling Rob Kauffman to inquire about purchasing the defunct race team he previously co-owned along with Michael Waltrip. That’s because there’s virtually nothing of value for anyone to purchase, unless you’re looking for a few year-old (read: obsolete) race cars or a nice, shiny race shop to rent.


When NASCAR rolls out its new Charter System in the next couple of weeks, however, Kauffman could become the proud owner of two shiny new medallions. And if he does, his phone will immediate explode with offers from team owners – both current and potential – willing to pay top-dollar for a guaranteed starting spot for the entire 2016 season.


That’s proof positive of the value of a charter-based system.


In 1989, Jerry Jones bought the Dallas Cowboys National Football League franchise for a reported $140 million. Today, “America’s Team” is valued at $4 billion; the most valuable sporting franchise on Planet Earth. The NFL remains – and almost certainly will remain – the 800-pound gorilla of North American professional sports. Joe Shlabotnik Racing will likely never be valued anywhere near the Dallas Cowboys, but with a limited supply of charters available and a potentially limitless number of buyers, it suddenly becomes possible for Ole Joe to exit the sport with his wallet still intact.


Perhaps he could even turn a profit.
Posted by Dave Moody at 6:33 PM