For The Wood Brothers, Panch Was Like One Of The Family 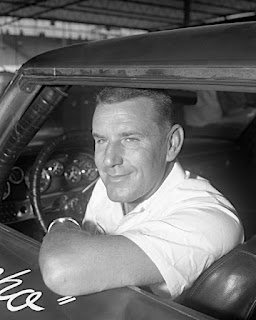 Of all the drivers who have taken the wheel of the Wood Brothers Racing Fords over the years, none were as close to the Wood family as the late Marvin Panch.

Panch, who died Dec. 31 at the age of 89 in his hometown of Port Orange, Fla., drove the No. 21 from 1962 to 1966, winning eight races, including a sweep of the superspeedway races at Atlanta Motor Speedway in 1965. When Panch drove the Wood’s Ford, now driven by Ryan Blaney, he was more like a member of the family than an employee of the team.

“Of all the people that ever drove our cars, Marvin was the closest to our family,” team founder Glen Wood said. “When we were on the road, we always stayed at the same motel. We ate together, and we always went to a movie together.”

When the team raced near the Wood family home in Stuart, Va., Panch stayed in Glen Wood’s home on race weekends. And Glen Wood bought a home adjacent to “Pancho’s Rancho” home in Port Orange, which made them neighbors twice each year when the circuit raced at nearby Daytona International Speedway.

In addition to his victories as a driver, Panch played a big role in the Wood’s first Daytona 500 victory in 1963. Panch qualified the No. 21, but was seriously burned in a crash of a Maserati sports car he was testing at “The World Center of Racing.”

Tiny Lund, who helped pull Panch from the burning car, was hired to replace Panch and drove the No. 21 to the team’s first of five Daytona 500 victories. 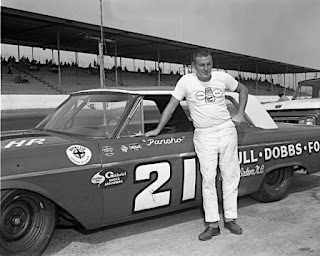 Panch had his greatest success for the Woods on the shorter tracks, but dominated at Atlanta in 1965 – with relief from A.J. Foyt in the first race – before winning on the road course at Watkins Glen that year. Watkins Glen dropped off the Cup schedule after that and didn’t return until 1986. For that race, Panch was the Honorary Starter, and the green flag from that event, along with the signatures of all the drivers in the starting field, was recently given to the Woods by the Panch family.

Leonard Wood, who was the team’s crew chief and engine builder during the Panch era, said those dinners and movies on the road back in the day had a way of facilitating success on the race track.

“We’d get to talking about the car, and that would help us pick up things to make it better,” Wood said. “Something would come up in conversation and it would ring a bell, and we’d know what to do the next day.”

Wood recalled a race weekend at Charlotte in which the No. 21 Ford handled great for most of the practice sessions but developed a handling issue the day before the race.

“I was trying to figure it out at dinner, and Marvin said that it felt like the right front was low,” Wood said. “Sure enough, when we checked it, the air pressure in the right-front tire was too low.” 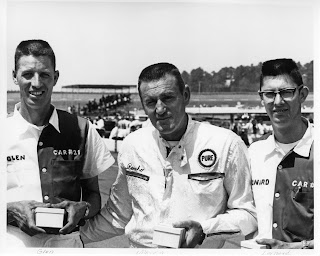 Wood said the easy communication with Panch made it easier to tune the car for him, and when he got on the track, his driving style was just what the team needed to be fast.

Wood said that between the dinners, the movies, the races, the discussions about the car and the joking back and forth, the Woods and Panch had a great relationship that continued to the week he died, when he phoned the Wood family to wish them a Merry Christmas.

The Panch family is planning to hold a memorial service sometime around Speedweeks at Daytona.