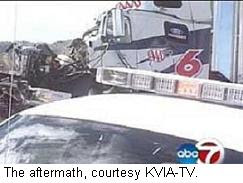 Justin Grebe, the driver of the No. 6 Roush Racing NEXTEL Cup transporter, was treated and released from Thomason Hospital. Millikan, his driving partner, is currently listed in stable condition in the hospital’s intensive care unit, with unspecified injuries. 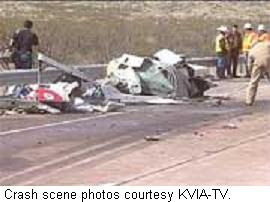 The two were returning to Roush Racing's headquarters in Concord, N.C. after taking part in a two-day NASCAR Nextel Cup Series test at Las Vegas Motor Speedway on Monday and Tuesday, when their 18-wheel transporter reportedly slammed into the back of a motorhome, triggering a crash that ultimately involved two other big rigs. Local news reports said two other people also suffered non life-threatening injuries. The cause of the crash has not been determined. 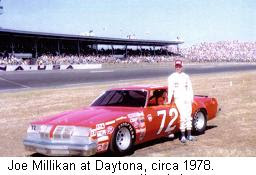 Millikan ran in 80 Cup races from 1974 to 1986, with 10 top-fives and one career pole. His best season came in 1979, when he finished sixth in points and was second in the rookie standings to the late Dale Earnhardt.

Roush Racing has had no comment on the crash, other than an acknowledgement Wednesday afternoon that the wreck had occurred.
Posted by Dave Moody at 10:22 AM