With only 15 of 36 races complete, most NASCAR Sprint Cup Series teams are fully focused on winning races, positioning themselves for a spot in the Chase and finishing the 2010 season on a high note.

Richard Petty Motorsports does not have that luxury.

Just eight months away from a return to Daytona Beach for SpeedWeeks 2011, RPM has no drivers signed for next season and no appreciable sponsorship. Their marquee driver, Kasey Kahne, announced recently that he will jump ship at the end of the season for an eventual spot in the Hendrick Motorsports stable, while teammates AJ Allmendinger, Elliott Sadler and Paul Menard all labor in the final year of their respective contracts.

Sadler appears the least likely to return in 2011. RPM majority owner George Gillett attempted to deep-six the Emporia, Va., veteran last winter, before relenting under the threat of a lawsuit. Sources close to the team say Sadler routinely gets the oldest, heaviest cars in the RPM stable, and he stood a disappointing 29th in the championship standings prior to Sunday’s race at Michigan International Speedway. He continues to say all the right things, touting team unity and expressing happiness with the hard work of his team, but a return to the RPM fold in 2011 appears to be a long shot, at best.

Menard has been one of 2010’s “Cinderella stories,” running solidly in the Top-10 early, and still ranking as RPM’s top point driver going into Michigan. While his performance has silenced any remaining talk about “daddy’s money,” his unsigned status – and the fact that he comes fully-sponsored -- is already earning him attention from other teams, months before NASCAR’s annual free agent “Silly Season” ramps up in earnest.

Allmendinger seems ready to become RPM’s “go to” driver in 2011, if the team can re-sign him. Richard Petty himself is reportedly pushing Allmendinger to sign a new, multi-year contract, hoping to use the former Champ Car star to firm-up sponsorship for the legendary #43 Ford. Unfortunately, Petty and Gillett find themselves in a textbook “Catch 22” situation. They need a quality wheelman to attract sponsorship, but very few drivers are willing to sign multi-year deals with unsponsored teams.

Sources in the Sprint Cup garage say Allmendinger has had informal conversations with a number of other teams, including Richard Childress Racing. And while the California native says his top priority is to continue raising the bar at RPM, he – like Menard – will almost certainly be courted by new suitors this offseason. 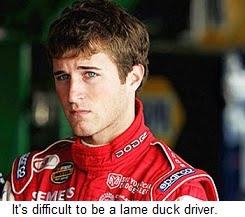 Kahne, meanwhile, will spend six difficult months as a lame-duck driver before departing RPM at the end of the year. That’s a difficult role for any driver to fill, and since cracks have already begun to show in the foundation. He and Allmendinger clashed last week in the aftermath of an incident at Pocono Raceway, when Allmendinger ran his teammate into the grass on the final lap, causing a violent, multi-car wreck.

"I don't know what AJ was doing there," said Kahne after climbing from his battered Budweiser Ford. “I don’t ever really talk to him much, and I doubt I will be talking to him this week.” Allmendinger, who quickly accepted blame for the crash, agreed that the incident did little to damage what was already a shaky relationship between the two teammates.

“Kasey has no (desire) to talk to me usually, and I’m cool with that,” he said. “Our race teams work well enough. I’ve got six or seven other Ford guys that I can talk to and ask questions. So it’s fine.”

Allmendinger said their strained relationship stems from Kahne’s belief that the former Champ Car driver is too aggressive on the racetrack. “I’m a hard racer (and) sometimes I race too hard with people I’m not supposed to race hard with,” he said. “(Kasey) has accused me of racing him too hard at times, and that’s fine. We both have our own opinions. I’m fighting for every inch, and if he doesn’t like me at times, I understand that.”

"(The Pocono crash) looked worse because it was my teammate,” said Allmendinger. “But I would have done the same thing, no matter who it was. I was trying to defend my spot and I misjudged it. 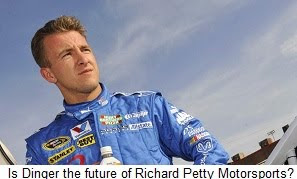 “I respect (Kasey) 100-percent on the race track. I think that he’s one of the best guys out there. As a teammate, I love going up against him because I know if I can run with him, I’m doing something great. I don’t go out of my way to avoid (talking to) him, and we do talk every now and then at the race track about the cars.

“But are we holding hands, skipping along and having ice cream together? No.”

Kahne threw another log on the fire at Michigan, telling reporters, “(I’m looking forward to) working with teammates that want to work together. I’ve never had that. I think it’ll be great to have that with all the teammates, not just say one or two like we have at Petty Motorsports.”

The coming weeks are critical for Richard Petty Motorsports. On-track performance must continue to improve, and progress must be made toward solidifying driver and sponsor lineups for 2011. Only then can an air of stability replace the atmosphere of competitive and managerial upheaval that has dogged the operation in recent seasons.
Posted by Dave Moody at 11:29 AM