Evernham On RPM: "Hopefully, the Facts Will Come Out Some Day."

Former Gillett-Evernham Motorsports co-owner Ray Evernham told Sirius NASCAR Radio’s Sirius Speedway with Dave Moody that he wishes the best for the new owners of the team that once bore his name. 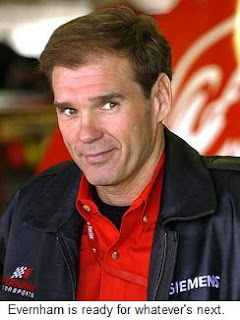 “It’s difficult, because things didn’t work out for me the way I hoped they would,” said Evernham, just days after Richard Petty Motorsports was purchased by Petty and new co-owners Andrew Murstein and Douglas Bergeron. “Some people I put great faith in didn’t live up to that faith. But I’ve got to move on and get past it.”

Evernham declined to speak specifically about former partner George Gillett, Jr., whose financial problems nearly caused the team to shut down last month. “I don’t really have all the information (about) what’s gone on and what has not,” he said. “So (I can’t) sit here and be critical specifically of George Gillett. I will only speak in generalities about the way our legal system works. It’s a shame that our legal and banking systems allow people to continue doing things that put them several million dollars in debt, but still fly on their private jets while others have to worry about medical insurance and paying for their kids’ Christmas. People’s track records and what they are. You can say what you want, but in the end, you’re not going to be judged by what you said you were going to do. You’ll be judged by what you did. Hopefully, the facts will come out some day and people will be able to draw their own conclusions.

“What you hope will be good for the sport sometimes turns out not to be,” said Evernham. “But that’s all in the past, and it’s not going to do any good to spend the rest of my life worrying about it. I’m going to go forward and so is Richard Petty. Andrew Murstein’s a straight shooter and he looks at things a bit more realistically. The sport’s getting healthy again, and hopefully he can bring in some new sponsors and continue to grow. The good news is that I am now free to look at what I want to be when I grow up.”

Evernham said he has had discussions with a number of parties – including ESPN and Hendrick Motorsports owner Rick Hendrick – about the 2011 season, but has made no decisions about his plans.
Posted by Dave Moody at 2:34 PM