David Starr told the Houston Chronicle that he has no ride for next season, despite having a sponsorship contract in hand for the 2011 season. 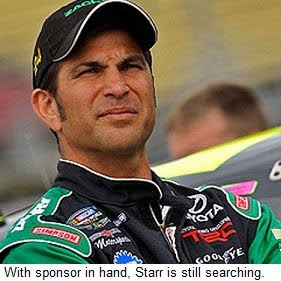 Starr drove for both Randy Moss Motorsports and SS Green Light Racing last season with sponsorship from Zachry, en route to 10th place in the final championship standings. But while his sponsor is set to return, the Texas native said he has been unable to finalize negotiations for a 2011. "We plan on (returning to SS Green Light Racing),” said Starr. "We are working on it now... to make sure the race team has enough funding.”

"This time of year is very critical and important, trying to get everything situated so the team can hire (people) and update some equipment," he said. "You are trying to get all your sponsors lined up and situated so that you can enhance your racing team. And that is what we are doing right now."
Posted by Dave Moody at 1:40 PM