AJ: "It Was My Bad Judgment, And I’m Paying For It” 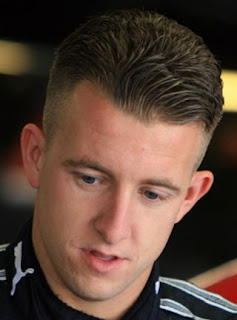 AJ Allmendinger said the last 30 days have been the most difficult time of his life. But in the end, he said he hopes to be better for the experience.


“It’s been hell,” said the former Penske Racing driver, who was suspended by NASCAR July 7 after failing a random drug test and released by the team three weeks later. “It’s something you never expect to go through, but it happened."


Allmendinger said he believes a night out with friends prior to the Kentucky race weekend led to his failed drug test.


“I got to Kentucky early in the week,” he recalled. “One of my good friends was there, and we went out. Throughout the season, I had been putting a lot of pressure on myself. It’s no secret that things were not going the way we wanted and the way I expected (on the race track), and I hadn’t been sleeping a lot. I was really struggling with that, and that night I was really tired. I had no energy, and a friend of (my friend) said, `Hey, I have a workout supplement, an energy supplement that you can take.' I have taken (supplements) in the past. My trainer has given me some, and I hadbeen tested while using them and passed with no problem.


“I obviously wasn’t thinking,” he admitted. “I was thinking of the supplements I had taken in the past and said, `Yeah, I’ll take one.’ I took it and thought nothing of it.

“Some people think I’ve been hiding out, or lying about this,” he said. “The reason I didn’t say anything before now is because I didn’t have any good answers. I didn’t want to answer people's questions with a lot of `I don’t knows,’ and until the B Sample was tested and I found out it was a form of Adderall, I didn’t really have anything productive to say.


“I am naïve to drugs,” he admitted. “I have never taken drugs in my life. I have never wanted to take them. I’ve never even been around them. I’m so naïve that if the guy had told me he was giving me Adderall that night, I wouldn’t have known what it was. 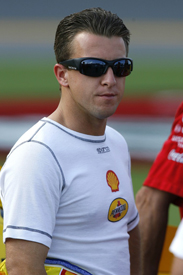 "When (NASCAR) told me I had tested positive for drugs, I was thinking hardcore drugs. I was like, `No way, there has got to be something wrong (with the test). It’s not possible.’ I didn’t even know what amphetamine was. I took NyQuil the night before I was tested because I was coming down with a cold. I thought that might have caused it. I had everything in my house and motorhome tested, because I thought they might have caused it. I just didn’t know.It wasn’t until after the B Sample test that I knew what (the substance) was, and began to retrace my steps."


Outwardly one of the sport's most easygoing personalities, Allmendinger admitted he has often struggled with the demands of being a professional athlete.


“It’s a tough sport, and it can tear you apart,” he said. “There have been times where I wanted to shut myself off from the world and not talk to anyone. Honestly, I have not been a happy person the last six years. But I’m trying to change that now. I have gotten closer to some people I have distanced myself from in recent years, including my parents. I’m learning what’s important in life. I love racing, but racing will not be there for me forever. I forgot who I was for a while, and being without racing (for the last month) has given me time to remember who I am, figure out what I really want and rediscover what makes me happy in life."


Allmendinger gave NASCAR high marks for its handling of the situation, saying, “I’ve been treated very fairly by NASCAR, by Aegis (Laboratories) and by Dr. David Black. I know they have a zero-tolerance policy, and I’ve told them they can test me every day for the rest of my life. I know I’ll be fine. Dr. Black and NASCAR have been fantastic in this process, they’ve been amazing.”


He said he has already begun his NASCAR-mandated “Road To Recovery” program, and hopes to complete it by the end of the month.


“I won’t go into details out of respect for the program, but it’s tailored to each individual person and their needs. A lot of it for me has been stress management. I haven’t managed that part of my life very well for the last couple of years, and that’s something I need to learn how to do. I need to learn how to deal with the hardships in life, because there are always going to be hardships.


“I also need to get `up to speed’ on substance abuse and not be so naive about some of the things that are out there,” he said. “I hope to finish that up by the end of August, then it’s up to Mr. Helton and Dr. Black to decide whether they want to reinstate me or not.”


Allmendinger said he is been heartened by words of encouragement from fans and his fellow drivers.


“Everyone in the media has had an opinion on this; some good and some bad. I haven’t really paid attention to that,” he said. “The fans have been great to me, though. Even though I’ve been quiet publically, I have read Twitter. I have seen their tweets and their support, and it has meant a lot to me. I thank them for that. 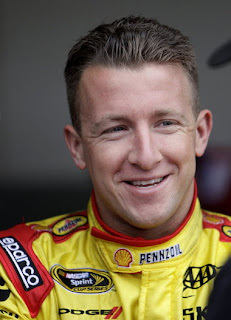 “The people who meant the most to me through all this are the guys I race against; Jeff Gordon, Tony Stewart, Jimmie Johnson, Carl Edwards… all the guys who said, `We want AJ back, we want him to fight.’ For them to come out and say that meant the world to me.


“Those are the people I need to respect me,” he said. “If they feel comfortable racing against me... if they can trust me, side-by-side and inches apart, I can deal with the rest.


“I’m sorry for NASCAR, for the fans, for my sponsors and for my fellow drivers who have had to answer questions about me that they should never have had to answer,” said Allmendinger. “They should have been able to focus on winning races, trying to make the Chase and working on their careers, instead of talking about me.


“More than anything, I’m sorry for Roger Penske," he said. "My biggest regret in life will be disappointing him. That’s something I never wanted to do. My dream came true when I was chosen to drive for him, and he’s been amazing through this entire process. I completely understood him having to let me go. I would have made the same decision. Knowing that I disappointed him, that I failed him… that is my greatest regret.


“I feel like I will be back in a race car,” said Allmedinger. “What type of race car and where that is, I can’t tell you yet. I would like to come back to the NASCAR Sprint Cup Series, and honestly, that’s the whole point of going through the `Road To Recovery’ program. I want to get back in a competitive race car and have a chance to win races again. We’ll have to wait and see if I get that opportunity.


"Right now, my main goal is to get through this and come out a better person. I’m figuring out what’s important in life. I’ll be a better friend, a better son and a better race car driver, both inside the car and out.


“All I can do is learn from my mistake,” he said. “If you make a mistake and don’t learn from it, you’ve gone through it for no reason. If I learn from this and get better, then it wasn’t all for naught.”

Photo Credits: Autosport.com
Posted by Dave Moody at 11:13 AM