Edwards Not Giving Up Chase Hopes 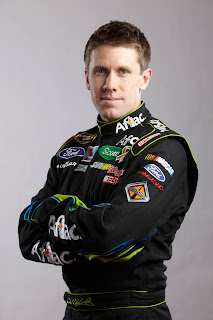 Despite being winless and 12th in NASCAR Sprint Cup Series points, Carl Edwards is not about to give up hope of making the 2012 Chase for the Sprint Cup. With five races remaining in NASCAR’s regular season, Edwards says he is as determined as ever to win races and earn a shot at the championship.


“We are going to every race with one purpose and that is to win,” Edwards said. “We watched last weekend. I got a front-row seat to watch Jeff Gordon pull it off and do what needed to be done and that’s a motivator right there, to know that we can do this, it can be done, we just have to go out and race these next five races like they’re the most important races in the world – each one of them. I think we made a step towards that last weekend with a fast race car and being a little more aggressive. That last restart, it was frustrating we weren’t able to get up there like Jeff did. Hopefully, we can just go out here and have some fun and win a race or two. It would be a huge comeback for us and it would mean a lot.”
Edwards has won seven times at three of the five remaining venues before the Chase. He has Sprint Cup Series wins at Michigan (two), Bristol (two) and Atlanta (three). While he has not won at Richmond International Raceway, he has led 442 career laps there, including 206 in May. This weekend at Watkins Glen could be Edwards’ biggest challenge leading up to the Chase, since it is only one of two tracks where he has never led a lap.
“Watkins Glen is a really fun race track,” Edwards said. “The first time I went there I backed the car into the fence before I completed a lap in practice, so I’ve come a long way as a driver. I feel good on these road courses and I enjoy them, and I know a lot of the fans like them as well. We’ve sat on the pole there, but never won a race there but we’ve run up front and challenged for the win a number of times.”
Edwards will get some extra seat time at the road course by competing in the Nationwide Series race on Saturday in the No. 60 Subway Ford Mustang before hitting the track on Sunday in his No. 99 Fastenal Ford Fusion.
Posted by Dave Moody at 2:59 PM