In his last eight starts, Stewart has managed just one win (at Daytona in early July), two Top-5 and three Top-10 finishes. An average finish of 17.25 over that span has dropped him from a high of fifth in points to his current 10th-place ranking, just 16 points ahead of a suddenly surging Kasey Kahne.


Based on last year’s results, Smoke has the competition right where he wants them. 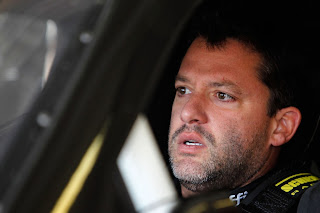 Last year at this time, Stewart was also failing to impress. Over the same eight-race span, he had just three Top-10 finishes, none of them better than second. His average finish was 13.25, and he ranked no higher than ninth over that eight-race period. He snuck into the 2011 Chase for the NASCAR Sprint Cup through the back door, telling all who cared to listen that he had no business being there and was just taking up space.


"Our stuff is so bad right now," said Stewart almost a year ago today. "We're wasting one of those Top-12 spots."


He then embarked on one of the most amazing hot streaks in the history of the sport, winning five of the final 10 races – including a 118-cars-passed masterpiece in the season finale at Homestead Miami Speedway -- and capturing the Sprint Cup championship over rival Carl Edwards in a tiebreaker.


If lowered expectations line the road to success in NASCAR, Stewart may once again be ready to contend for the title. After all, he crashed out of Saturday night’s IRWIN Tools Night Race at Bristol Motor Speedway while leading, battling door-to-door with Matt Kenseth with the kind of damn-the-torpedoes ferocity that marked his 2011 Chase performance.