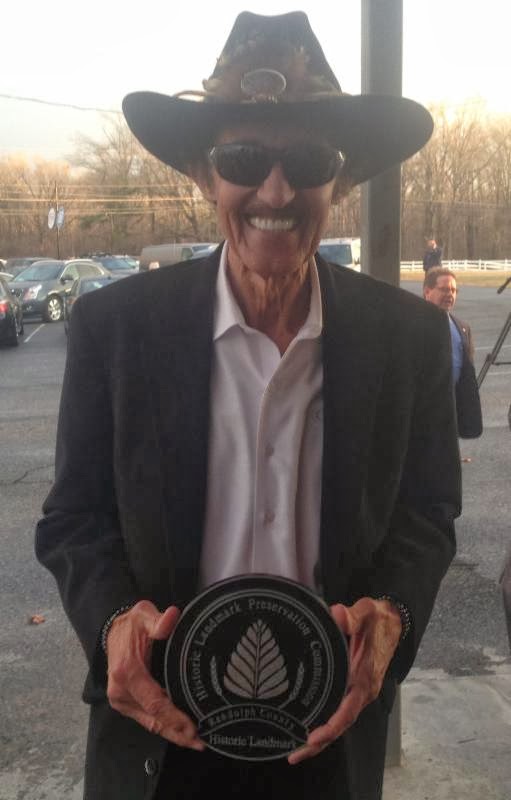 After moving from downtown Randleman, N.C., to storage and now to its first and original home, the Richard Petty Museum celebrated its Grand Re-Opening this week at the site of Petty Enterprises in Level Cross.

With "The King" Richard Petty in attendance, local city, county and state officials from North Carolina marked different locations as local historical landmarks at the Museum. The locations included the "A-Frame Building," the first home of Petty Engineering where Lee Petty founded the family dynasty and the Lee Petty House, birthplace of both "The King" and his NASCAR Hall of Fame brother Maurice. After the dedication, a ribbon-cutting ceremony was held to open the Richard Petty Museum to the public.

The Richard Petty Museum holds memorabilia and personal collections of the most decorated American stock car driver in history. The Museum was founded at the race shop in Level Cross in 1988 by Lynda Petty, but was moved to Randleman in 2003 due to space demands of the expanding race operation. Randleman, the neighboring city where Richard Petty went to high school, then became the home of the Museum. With the race operation, Richard Petty Motorsports, now operating in Concord, N.C., it was decided to move the museum back to its original location. After months of moving, the Museum is now open to the public.

"It's just good to have it back home and open for everyone to come see us," said Petty. "We're really showing a lot of history here on the grounds where my daddy built the race team. It's something we hope the fans come see, enjoy and tell their friends about. We tried to pack as much racing memorabilia as possible, but also have stuff from our movies and other different things. There is something here for everyone to enjoy." 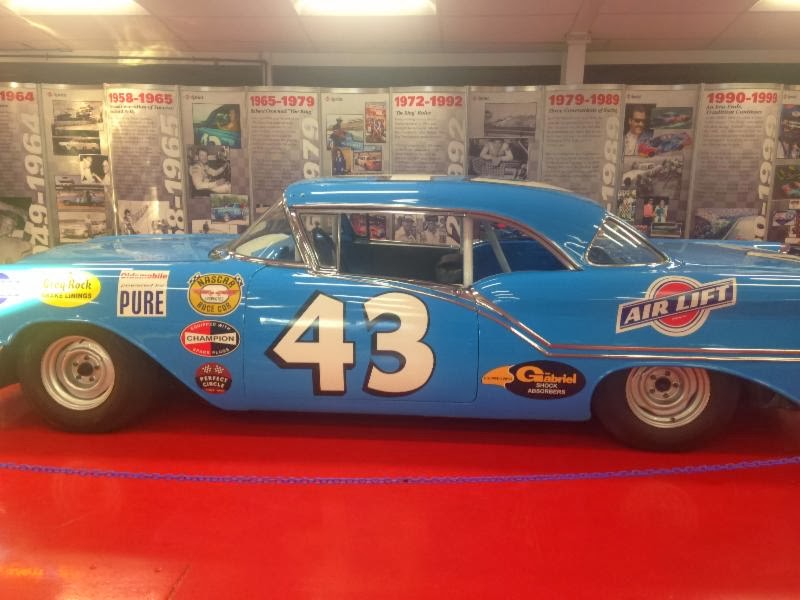 The new-look museum feature exhibits of the Petty family's four members in the Hall of Fame (Lee, Richard, Dale Inman and Maurice), of "Mr. and Mrs. The King" from the Pixar film "Cars" and of the family's many contributions to the sport of stock car racing.

Rebecca Moffitt, Executive Director of the Petty Family Foundation, was critical in the move. The daughter of Lynda and Richard Petty was delighted that local officials recognized the sites of the Richard Petty Museum.

"We're grateful for our local officials to recognize the landmarks of the Richard Petty Museum," said Moffitt. "This will ensure that the Petty story will live on for decades to come and we hope that many fans take the time to come out to the museum."

The museum will also host special events including an opening gala and other events to benefit the Petty Family Foundation. For a tour or more information about the Richard Petty Museum, call 336-495-1143.
Posted by Dave Moody at 12:45 PM