COMMENTARY: NASCAR Must Step Carefully On the Subject Of Domestic Violence 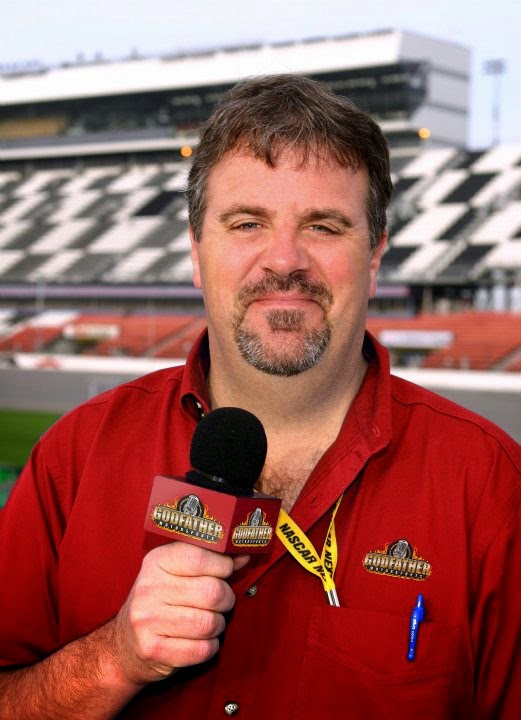 The allegations continue to fly surrounding the contentious breakup of NASCAR driver Kurt Busch and his former girlfriend, Patricia Driscoll.

In two days of testimony in Kent County (Del.) Family Court, Driscoll has accused the former NASCAR Sprint Cup Series champion of choking her and slamming her head repeatedly against the wall of his motorhome at Dover International Speedway on Sept. 16 of this year. Busch has denied those charges, calling Driscoll “a mercenary” who refuses to accept the end of their relationship and has vowed to destroy his racing career.

For Busch – and for NASCAR -- the timing of Driscoll’s allegations could not be worse. In recent weeks, a series of domestic violence cases involving National Football League players has pushed the issue front-and-center in the country’s collective consciousness. The debate over domestic abuse has never been more prominent, and never has more attention been paid to the way athletes – and their respective leagues – handle accusations of improper behavior.
Yesterday, the San Francisco 49ers announced that they have released defensive lineman Ray McDonald, after law enforcement officials revealed that he is being investigated for an alleged sexual assault. San Jose Police were contacted by a local hospital Tuesday night after a woman sought treatment there for a possible sexual assault a day earlier. After a preliminary investigation, detectives searched McDonald’s home, and while no arrest has been made or charges filed, McDonald was effectively fired from his multi-million dollar per year job with the 49ers for what the team’s general manager called “a pattern of poor behavior."


Last month, the Santa Clara County district attorney declined to charges McDonald following his arrest on domestic violence charges on Aug. 31. The D.A. blamed his decision on a lack of eyewitnesses and the alleged victim’s unwillingness to cooperate. McDonald had played in every game this season, despite heavy public pressure on the 49ers to suspend, or at least bench him.

McDonald’s release is the latest in a series of similar incidents involving NFL players in recent months. Baltimore Ravens running back Ray Rice was arrested and subsequently indicted for third-degree aggravated assault in March of this year, after video cameras showed him punching his then-fiancée (now wife) in the face, knocking her unconscious. That incident, and the NFL’s questionable handling of it, led to a policy change concerning how the league handles domestic violence cases. Rice's contract was terminated by the Ravens in September and he was suspended indefinitely by the NFL, but be appealed that decision in Federal Court and is now eligible to play in the NFL once again.

In light of the Rice and McDonald cases, a similar case involving Carolina Panthers defensive end Greg Hardy and the recent child abuse allegations against Minnesota Vikings running back Adrian Peterson, the NFL has been forced to radically re-think its stance on domestic violence, formulating an ironclad policy to deal with accusations, criminal charges and convictions.

It has been a slippery slope at times, with commissioner Roger Goodell making a series of inconsistent decisions that caused many to question the league’s commitment to abolishing domestic violence in its ranks.

NASCAR faces many of the same difficult decisions today. Hopefully, the sanctioning body will perform better.

When the allegations against Busch first became public, NASCAR Chairman Brian France said the sanctioning body would leave the situation in the hands of law enforcement.

"We are watching that case carefully," said France at the time. "It's under review by law enforcement and others. They haven't made a decision… (and) until they make judgments on that investigation, it wouldn't be right to intervene."

This is not the first time NASCAR has chosen to stay out of the domestic violence debate. In January of this year, driver Travis Kvapil accepted a plea agreement that will dismiss a domestic assault charge against him after the completion of two years’ probation and 72 hours of community service. That agreement stemmed from a 2013 incident in which Kvapil’s wife, Jennifer, accused him of pulling her by her hair and striking her in the head when she attempted to pull away.

NASCAR did not sanction Kvapil, and he continued to compete for the BK Racing Sprint Cup Series team. He was not retained for the 2014 season. France’s hands-off stance – then and now – has been roundly criticized in some corners, with California congresswoman Jackie Speier calling on NASCAR to suspend Busch until the matter can be resolved.

"NASCAR would rather let Mr. Busch drive for the remainder of the racing season than take a stance on violence against women," wrote Speier in a written statement. "While (Busch) rounds the track, the legal processes for his domestic violence charges race forward as well. Until his legal proceedings end, NASCAR should put Mr. Busch's car in park. The charges are horrifying, and NASCAR's inaction sends a clear signal to drivers that owners do not take these violent actions seriously."

Speier called for NASCAR to "adopt a policy… in all domestic violence cases to suspend drivers until criminal proceedings end, or there is a clear lack of evidence."

As of now, NASCAR has declined to do so, though France intimated last month that a black-and-white domestic violence policy may be in the offing.

"You can expect our policies to reflect the understandable awareness that (domestic violence is) not going to be tolerated," said France. "How any league handled some of this is one thing. It's pretty clear when you see what's happening around the country that our policy will reflect the significance and importance that it should."

Until NASCAR takes action on that promise, however, it will remain – rightly or wrongly – on a very small island in a teeming ocean of public opinion. While other professional sports league yield to the public outcry and enact new, more stringent policies to punish the mere allegation of domestic violence, NASCAR remains quietly on the sidelines, allowing law enforcement officials and the judicial system to do their jobs.

The NFL’s new domestic violence policy imposes a six-game, unpaid suspension for first-time offenders and up to a lifetime ban for repeat violators. When players are accused or charged with domestic violence, they are immediately suspended by the NFL, which then conducts its own investigation, independent of law enforcement.

49ers general manager Trent Baalke said yesterday that if the allegations against McDonald had been his first, the team would have reacted differently.

"If this was one incident, we would be standing up here talking about due process, like we have multiple times in other situations," he said. "But this is just a pattern of decision-making that Ray has demonstrated over a period of time that… is no longer going to be tolerated.

"We expect a lot from our players (and) hold them accountable for their actions."

NASCAR should do the same, making a clear statement in opposition to domestic violence, while simultaneously continuing to embrace the concept of “innocent until proven guilty.”