Wallace’s Situation Is About Racing, Not Race 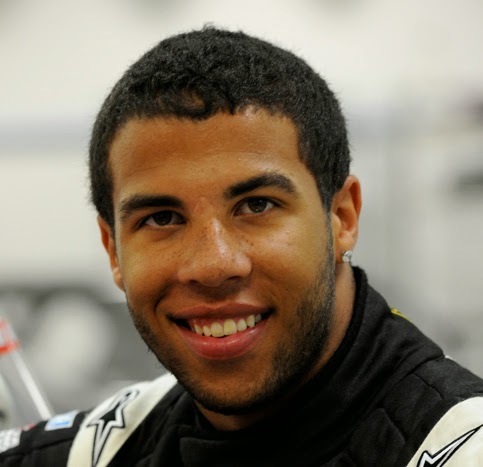 It’s time for Darrell Wallace, Jr. to stop being black.

Don’t misunderstand, the five-time NASCAR Camping World Truck Series winner is justifiably proud of both his African American roots and his on-track accomplishments. In October of 2013, Wallace became the first African American driver to win a NASCAR National Series race since soon-to-be inducted Hall of Famer Wendell Scott in 1964.

That was a big deal at the time, and the national headlines it garnered were repeated four more times last season, as Wallace steered his Kyle Busch Motorsports Toyota to a quartet of victories at Gateway, Eldora, Martinsville and Homestead Miami Speedways, finishing third in the season-long championship standings.

Now, Wallace is inexplicably without a ride, after Joe Gibbs Racing was unable to find a sponsor to back him in a full-time NASCAR XFINITY Series schedule in 2015. The Alabama native had expressed optimism that JGR would be able to assemble an XFINITY program for him next season, but with no sponsorship dollars on the horizon, Wallace asked for – and has reportedly been granted – a release from his contract, in order to pursue other opportunities in the sport.

When word of Wallace’s situation became public recently, many of the resulting headlines had more to do with race than racing. That is unfortunate, since Wallace’s preference has always been to understate the role of race in his driving career. 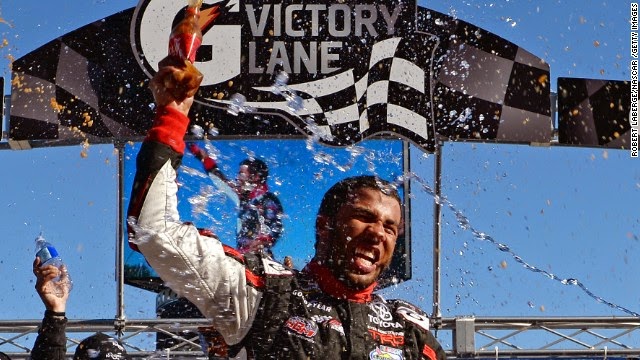 Yes, he is a product of NASCAR’s Drive for Diversity Program, which provides opportunities for talent young minority and female drivers to climb the NASCAR ladder. But Wallace’s NASCAR success to date has everything to do with his talent behind the wheel of a race car, and nothing to do with the color of his skin.

In other realms of motorsport, minority and female competitors ceased to be noteworthy decades ago.

Nobody makes a big to-do when a woman wins a drag race anymore. And they shouldn’t. It’s old news.

Nobody notices when two-time World Driving Champion Lewis Hamilton wins Formula One races, one after another. Antron Brown’s 2012 NHRA Top Fuel title was noteworthy for many reasons, none of them being the color of his skin.

Hamilton and Brown long ago succeeded in shedding the “black” descriptor, in favor of simply being racers. NASCAR – and its fans -- must allow Darrell Wallace to do the same. It’s time to erase the racial asterisk and allow Wallace to be more than just “the first black NASCAR winner since Wendell Scott.”

Bubba Wallace is the stereotype for what team owners look for in a driver. He is supremely talented behind the wheel, handsome, personable, glib and fully at-ease with fans and supporters from the board room to the bonfire. Published reports say he could be headed for Roush Fenway Racing next season, joining Elliott Sadler, Chris Buescher and Ryan Reed in the team’s XFINITY Series Ford Mustangs.