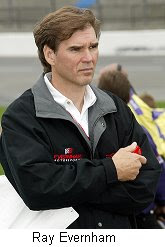 The National Stock Car Racing Commission has denied the appeals filed by Roush Fenway Racing and Evernham Motorsports, while admitting that the penalties assessed were "severe by the standards of a year or more ago." Roush Fenway had appealed a 50-point penalty assessed to the No. 17 team of Matt Kenseth for aerodynamic violations found at Daytona International Speedway. Evernham Motorsports appealed the 50-point penalty assessed the No. 9 team of Kasey Kahne, also for aerodynamic violations found at Daytona.

Russell Hackett, Cathy Rice and Chairman George Silbermann ruled on the Evernham penalty, while Terry Eames, Richard Gore and Silbermann ruled on Roush Fenway's. In their rulings, they said they considered several factors, including the fact that neither team had a history of multiple rules violations. However, the commission ruled that in each case, the infractions were "premeditated and intentional, and constituted serious infractions" of the NASCAR rulebook. While the penalties were admittedly severe compared to those in the past, the commission noted that “NASCAR executives announced to contestants at a driver briefing in mid-2006 that the previous 'benchmark' penalty standards for serious violations would likely be increased going forward.”
Posted by Dave Moody at 1:38 PM