HOW SWEEP IT IS!! Sox Sweep Rocks To Win The World Series! 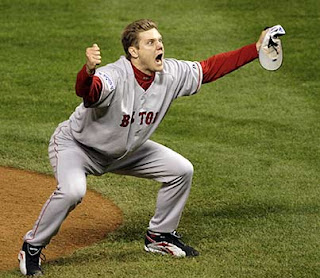 The Boston Red Sox clinched their second World Series title in four years last night with a nail-biting, 4-3 win over the Colorado Rockies in Game Four of the 2007 Series. Mike Lowell was named MVP of the Series, after hitting a solo home run, a double and scoring twice in the final game. He hit .400 (6-for-15) in the World Series, with four RBIs, three walks and a team-high six runs scored. 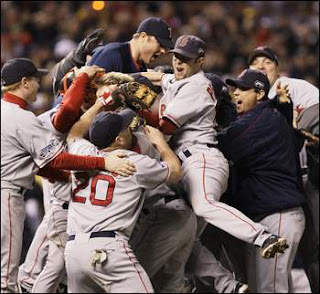 Late in last night's game, Alex Rodriguez once again displayed his complete and total lack of class by announcing that he will opt for the big paycheck (yet again) by becoming a free agent, declining to re-sign with the much-despised New York Yankees.

What a WONDERFUL time to be a member of Red Sox Nation!
Posted by Dave Moody at 11:39 AM