Commentary: Bruton Smith Knows How To Play The P.R. Game 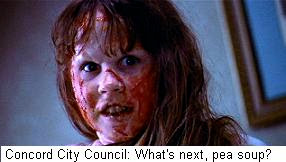 The Concord (NC) Planning and Zoning Commission made like Linda Blair in “The Exorcist” last night, reversing its previous stance and unanimously approving plans for a $60 million dragstrip near Lowe's Motor Speedway.

The vote came as the city scrambles to head off a threatened shutdown of the entire LMS complex by owner Bruton Smith.

Just over two weeks ago, the Commission honored a City Council request to ban drag racing as a permitted use on the property, citing noise concerns raised by a handful of neighbors. Smith then vowed to bulldoze Lowe’s Motor Speedway and build a new speedway complex outside Concord, a move that would cost the city millions of dollars in tax and tourist revenue.

The City Council abruptly reversed its stance last week, calling on the Planning and Zoning Commission to approve drag racing, a request the Commission honored after only 13 minutes of discussion. Prior to last night’s vote, Smith said there is a 90-percent chance that he will bulldoze LMS and sell the property piecemeal. He has promised to delay a final decision until after the City Council revisits the issue (read: caves in) on October 26.

Smith is NASCAR's preeminent promoter/showman, and the timing of the dispute -- coinciding with the track's just completed Bank Of America 500 weekend -- struck virtually no one as coincidental. Smith's threat to bulldoze Lowe's Motor Speedway is debatable in its sincerity, but indisputable in its effect. The controversy put Bruton and his track on the front page of virtually every sporting publication in the land, and likely sold a few thousand tickets along the way, as well.

Could the dispute have been avoided? Absolutely. 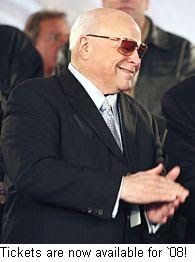 Smith owns other dragstrips around the country, many of which feature state-of-the-art noise abatement technology. LMS' neighbors could have been reassured by this knowledge, had the information been made available. In addition, questions about the proposed dragstrip's schedule could have been asked (and answered) in a matter of minutes, putting fears of four and five-night-per-week competition to rest. Instead, both sides chose to shoot from the lip; blustering, threatening and lobbing firebombs at each other, instead of working together in their mutual best interest.

In the end, I have no doubt that this will all work out handsomely for Bruton Smith and Lowe's Motor Speedway. Concord's City Council and Planning and Zoning Commission have been sent packing with their collective tails between their legs, and every politician within earshot is suddenly championing a series of tax breaks to make the drag strip even more profitable.