Officials of Earnhardt Ganassi Racing made their first public comment yesterday, two months after the merger of the two teams was first disclosed. 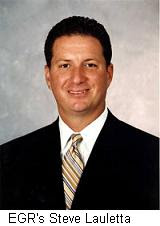 Lauletta confirmed that EGR will move the Target sponsorship to Juan Pablo Montoya’s #42 Chevrolet this season, with Wrigley's remaining involved as an associate sponsor. Martin Truex Jr. will run the full season with sponsorship from Bass Pro Shops – after BPS agreed to extend its partial sponsorship if additional backers cannot be found – and Lauletta revealed that multiple sponsors for Aric Almiriola’s #8 Chevrolet will be announced soon. He did not comment on potential drivers or sponsors for the team’s fourth Daytona 500 entry, but said the car could compete in additional races, if sponsorship can be found.

"If we can continue to run the fourth car past Daytona, we're going to attempt to do that," he said. "But as of now, the plan is inconclusive."

All four EGR machines are guaranteed starters at Daytona, after finishing in the Top-35 in owners’ points a year ago.

Just days after another round of layoffs put 30-40 EGR employees out of work, Lauletta said he spoke to his remaining staff this week to reassure them that the company’s future is secure. "There's a lot of rumors out there,” he said. “A lot of misinformation, a lot of things we needed to confirm so people could put their heads down and continue to work hard.”

"We're still facing a very difficult sponsorship environment, a very difficult economical environment,'' said Lauletta. "We were put in a position of doing a year's worth of work in two months. The biggest thing we've got to do is focus on the performance on the track.''
Posted by Dave Moody at 9:51 AM