More details are being revealed concerning the current financial situation at Richard Petty Motorsports, including approximately $12 million owed to the team's chassis and engine suppliers and former driver Kasey Kahne. 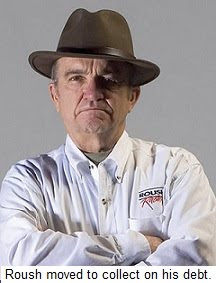 Speaking on the condition of anonymity, a source with knowledge of the situation told Sirius NASCAR Radio’s Sirius Speedway with Dave Moody that RPM had fallen $9-10 million behind in its payments to Roush Fenway Racing and Roush Yates Racing Engines for race cars, engines and rear gear assemblies.

That debt prompted Roush to repossess the team’s Talladega cars, engines and gears earlier this week, but the cars were returned to RPM late Thursday morning after a partial payment was made. The engines reportedly remain in the possession of Roush Yates Racing Engines, awaiting an additional payment.

The same source revealed that Kahne was owed between $1 million and $1.25 million by RPM, and that those past-due paychecks played a major role in his criticism of the 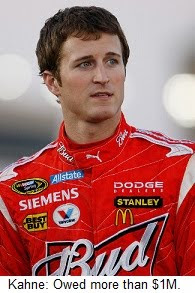 As of mid-afternoon Thursday, Kahne had not received a signed copy of his release from RPM, potentially compromising his ability to compete for Red Bull Racing this weekend at Martinsville. However, legal experts tell Sirius Speedway that Wednesday's press release from RPM announcing Kahne’s release was legally binding, and will allow Kahne to drive for Red Bull this weekend without violating his contract with RPM.

A second source within Richard Petty Motorsports confirmed that a series of high-level meetings were held throughout the day Thursday in an attempt to ensure that the team will be able to compete past next weekend's race at Talladega Superspeedway.
Posted by Dave Moody at 8:03 PM