McBride To Perform Anthem at Daytona 500

DAYTONA BEACH, Fla. – Fresh off her rousing opening performance at the 53rd Annual Grammy Awards, Country music star Martina McBride will sing the National Anthem for the 53rd running of the Daytona 500 on Sunday, February 20, NASCAR biggest and most prestigious race of the season. 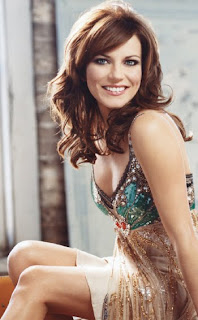 “We’re looking forward to having one of the most popular and recognized voices in country music perform the National Anthem for the Daytona 500,” Daytona International Speedway President Joie Chitwood III said. “With hundreds of thousands of race fans in attendance and the tens of millions more watching live on FOX, we look forward to hearing Martina’s rendition of the National Anthem.”

“Singing our National Anthem is always a great honor for me,” McBride said. “I’ve had the pleasure of singing it at so many prestigious events and now I get to add the historic Daytona 500 to that list. You can’t get any more all-American than NASCAR and country music so I’m looking forward to seeing so many of our mutual fans at this impressive event.”

McBride, whose hits include “Independence Day,” "Wild Angels,” “A Broken Wing,” “Blessed,” “Concrete Angel” and “This One’s for the Girls," recently signed with Big Machine Label Group’s Republic Nashville and is currently in the studio recording her 11th studio album that will be released later this year.
Posted by Dave Moody at 4:35 PM