Berrier Out As Burton's Crew Chief 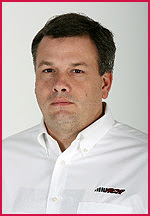 Crewchief Todd Berrier will not be atop the pit box when Jeff Burton and the #31 Caterpillar Chevrolet team compete this weekend at Indianapolis Motor Speedway.

Team owner Richard Childress has confirmed that engineer Luke Lambert will replace Berrier as crew chief on an interim basis, adding, "Todd has been an important part of RCR's success for many years. He is still employed and under contract and his role with RCR will be determined in the near future."

Berrier has guided the team to a disappointing 25th place in championship points. The team has yet to record a Top-10 finish this season. A year ago, Burton and Berrier qualified for the Chase and finished 12th in the final rundown, with six Top-5 and 15 Top-10 finishes.

This is Lambert's first opportunity to serve as a NASCAR Sprint Cup Series crew chief. The 28-year-old has worked as an engineer with the #31 team since 2008, and Childress said he has "a strong grasp of the job requirements and an established line of communication with Jeff. So we have every confidence that he will do a great job."

"I'm honored that Richard and Jeff have the confidence in me to lead the Cat Racing team," said Lambert. "This is a talented group of guys who know what it takes and has been successful so there's no reason to think we can't be successful moving forward."
Posted by Dave Moody at 1:45 PM