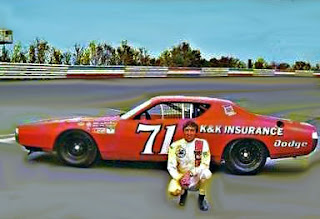 
His uncanny skill at qualifying a race car proves that. His 49 career poles ranks tied for ninth all-time. Maybe more impressive: Isaac captured 19 poles in 1969, which still stands as the record for poles in a single season. Only 37 drivers have 19 or more poles in their entire career.


Isaac began racing in NASCAR’s premier series in 1961. He finished runner-up in the series standings in 1968 behind NASCAR Hall of Fame inductee David Pearson. In 1969 he finished sixth in the standings after posting 17 wins and those 19 poles.


A year later, in September 1971, he set 28 world class records on the Bonneville Salt Flats in his Dodge. Many of his records still exist to this day.


Isaac won 37 races in NASCAR's top series during his career, which ranks 19th on the all-time wins list.


This is the latest in a series of GodfatherMotorsports.com biographies profiling the 25 nominees for the 2012 class of the NASCAR Hall Of Fame. Each of the 25 candidates will be profiled in the coming weeks, in alphabetical order.
Posted by Dave Moody at 2:16 PM