Petty Says Dodge Could Be An Option For 2013

Richard Petty says there’s a chance his NASCAR Sprint Cup and Nationwide teams could return to the Dodge camp in 2013. 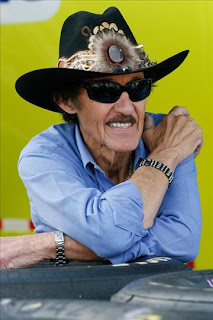 Speaking to reporters at Kansas Speedway Friday, the 200-time Sprint Cup winner said he believes the automaker was shocked by Penske Racing’s recent decision to jump to the Ford camp next season, leaving Dodge without a viable 2013 entry in NASCAR’s top series.

"I think they're pretty confused because they got a plug pulled out of them and (weren’t) really expecting it,” said Petty. “I would imagine they're going to have to sit down and have some prayer meetings to figure out really what they're going to do."


Petty said that while sponsorship is largely secured for Sprint Cup Series drivers Aric Almirola and Marcos Ambrose and Michael Annett’s NASCAR Nationwide Series entry, he currently has no competitive plan or manufacturer affiliation in place for 2013.
"We've got our sponsors pretty well lined up for next year,” said Petty, “but where we go with the cars and engines and things like that, we don't really have a plan. We've got a plan, but I don't know if anyone is going to go along with our plan or not."
Petty Enterprises – the family team that served as a precursor to today’s Richard Petty Motorsports – had a long and successful tenure with the Mopar brand, predominantly fielding Dodge, Chrysler and Plymouth entries from the 1950s through the middle of the 1978 season.  The team currently obtains cars and engines from Roush Fenway Racing.
Posted by Dave Moody at 8:38 PM