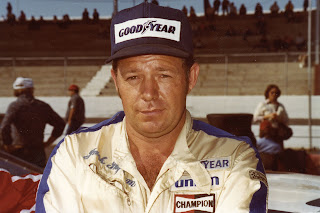 The NASCAR Nationwide Series has had a variety of incarnations through the years but when considered collectively, an argument can be made that "Ironman" Jack Ingram is the series’ all-time greatest driver.

The last two championships more or less cemented Ingram’s legendary status. In the NASCAR Busch Series’ inaugural 1982 season, he edged another legend, two-time series titlist Sam Ard, by 49 points in the final standings. In ’85, his championship points margin was 29, over Jimmy Hensley. In ’86 Ingram nearly won another title, but those hopes were derailed by a late-season two-race suspension for a controversial rough driving incident.


In his 10 years of competition in what was called the NASCAR Busch Series, Ingram had 31 wins, a record that stood until Mark Martin broke it in 1997. All but two of Ingram’s 31 wins came on short tracks. No wonder then that Ingram has called himself, only half-jokingly, “the best short-track racer ever.”

Ingram was named one of NASCAR’s 50 Greatest Drivers in 1998.


This is the latest in a series of GodfatherMotorsports.com biographies profiling the 25 nominees for the 2012 class of the NASCAR Hall Of Fame. Each of the 25 candidates will be profiled in the coming weeks, in alphabetical order.
Posted by Dave Moody at 2:06 PM