Hamlin Cleared To Race At Martinsville 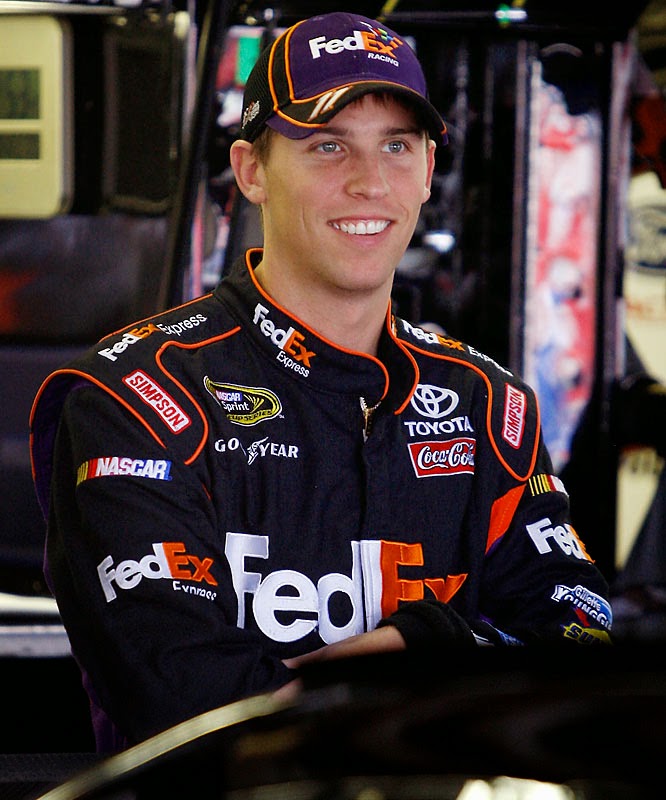 Joe Gibbs Racing driver Denny Hamlin will race this weekend at Martinsville Speedway, after NASCAR received official confirmation from his doctors that he has been medically cleared to return to regular racing activities.

Hamlin first visited the infield care center at Auto Club Speedway Saturday night, bothered with an irritation in his eye. He returned to the Infield Care Center again on Sunday morning because his condition had worsened. It was at this time that it was determined by the medical team onsite that he would not be allowed to race due to a sinus infection that was impacting his vision. The doctors at the Care Center referred him to the local hospital for further evaluation.
During the evaluation at the hospital. a small piece of metal was also found to be in Hamlin’s eye. Doctors were able to remove the sliver of metal and Hamlin felt immediate improvement to his condition. A CT Scan did not find any other complications and thus it is believed that the metal was actually the source of Hamlin’s vision issues. He was released from the hospital Sunday afternoon and was given the doctor’s approval to fly home.

Hamlin was then evaluated by a doctor in the Charlotte area on Monday and was sent home to rest. He was instructed to return Wednesday for a follow-up examination.  Following today’s examination, his doctors provided the necessary approval for Hamlin to resume all racing activity without restriction. NASCAR has received official confirmation from his doctors clearing him to resume racing this weekend at Martinsville Speedway.


Hamlin is scheduled to meet with the press in the media room of Martinsville Speedway this Friday at 2 PM ET.
Posted by Dave Moody at 4:45 PM