A lawsuit filed by driver Scott Speed against his former Red Bull Racing team has provided an interesting glimpse inside the financial workings of a professional NASCAR Sprint Cup Series operation.

Speed was released late last year after struggling in his second season of Sprint Cup competition, and filed suit against his former employers on Dec. 10, 2010, claiming he was improperly and unfairly terminated and given insufficient time to find a new team for the 2011 campaign. 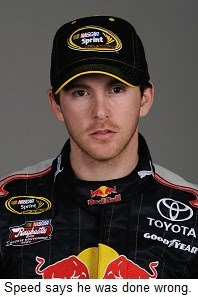 Red Bull had requested that North Carolina Superior Court judge Sharon Barrett dismiss the case based on evidence presented to date. But after roughly 30 minutes of argument from attorneys for both sides, Barrett ruled that allegations against the team are serious enough to have the case continue to the investigative phase. Speed can now proceed with his $6.5 million suit, with both sides beginning the process of deposing its respective witnesses.

In June of 2008, a extension to that contract was signed, calling for Speed to be paid $1.5 million in base salary for 2011, with additional $500,000-per annum raises in both 2012 and 2013. In January 2010, the deal was modified yet again, reducing Speed’s 2010 salary from $1 million to $500,000. The complaint alleges that in May of 2010, the team exercised an option on Speed’s contract binding him to them through the 2013 season, before terminating him from the ride just six months later.
Speed managed just two Top-10 finishes last season, and became expendable when Kasey Kahne left Richard Petty Motorsports and agreed to spend 2011 driving for a Red Bull Toyota before taking over the #5 Chevrolet at Hendrick Motorsports next season. Speed complained bitterly about the timing of the deal, saying he was fired too late to find a new ride. “They kept me under contract all year, and then they signed Kasey Kahne,” he said. “It was a messed-up deal. They didn’t give me time for anything. Somehow, that was OK for them. It was a total, 100-percent shock on my behalf.

“Finding money or teams to race for at this point is super difficult,” said Speed in December of last year, saying he was forbidden to talk to other teams while under contract with Red Bull. He argued the team could have offered him a 2011 Nationwide or Camping World Truck Series ride, but instead left him high and dry with no prospects to continue his NASCAR career.

“It’s been a pretty big wake-up call,” he said. “I feel really used and abused by them.” 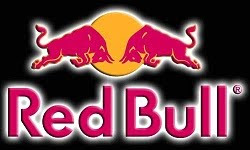 For its part, Red Bull claims it released Speed when he failed to meet a performance clause requiring him to finish in the top-15 in 2010 Sprint Cup Series points. The former Formula One driver finished 35th in points in 2009 and improved only five positions last year. He claims that his Toyota was insufficiently funded, and that Red Bull failed to supply him with the technological resources necessarily to compete. His attorney, Jeffrey Long, argued in court that Red Bull should have allowed his client to test more, and failed to provide him with equipment good enough to place him in the Top-15 in points.

Red Bull attorney Irving Brenner pointed out that in 2010, Speed recorded six Top-15 finishes and qualified 15th or better in seven events; proving their equipment was “clearly satisfactory and competitive. Red Bull wishes him well,” said Brenner after the hearing. “But any suggestion that Red Bull didn’t do its very best to field a competitive race team is false and will be vigorously defended. Red Bull tried hard to make it work with Scott Speed and talked to him over the summer. The fact that he was running behind and might get cut from the team was not a surprise.”

“NASCAR Sprint Cup racing is a very competitive sport,” said Brenner. “And just like other professional sports, if you don’t perform, you can get cut by the team. (His job with) Red Bull was conditional on performance (and) Mr. Speed didn’t come close to meeting the performance conditions of his contract.”
Posted by Dave Moody at 6:50 PM