FOR IMMEDIATE RELEASE April 14, 2011
Denver, NC – Godfather Motorsports announced today the addition of JRI Shock Absorbers and Wilwood Engineering to the team’s lineup of technical and marketing partners. Godfather Motorsports will field a Chevrolet Impala Super Late Model in selected events on the PASS and CRA Super Series circuits in 2011, with an all-star lineup of drivers. The team will make its competitive debut in the PASS-sanctioned “Easter Bunny 150” at Hickory (NC) Motor Speedway on Saturday, April 23, with former PASS National Champion and three-time Oxford 250 winner Mike Rowe at the wheel. 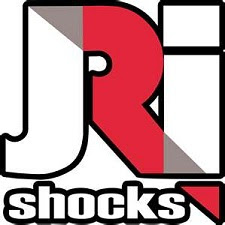 “Before the first lap has been turned, JRI and their short track arm – Precision Suspension -- have been an indispensible part of our effort,” said Godfather Motorsports co-owner Dave Moody. “There is simply no better, more adaptable shock absorber on the market, and their support after the sale is second to none.” Learn more about JRI Shock Absorbers and their full line of products at www.jrishocks.com.

“When we talked about brakes, there was only one company I wanted to be involved with,” said GMS co-owner Jim Gallison, Jr. “That company was Wilwood. They manufacture the lightest, strongest brakes for our application, they’re right on price, and their technical support team is the best. If I have a question, I know the answer is just a phone call away.” For more information on Wilwood Engineering’s full line of aftermarket and racing disc brakes, call (805) 388-1188.