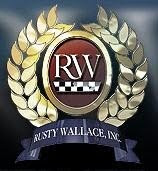 Syracuse, NY-based Aspen Dental, a network of nearly 300 dental practices across 22 states will provide primary sponsorship for four events at Michigan International Speedway, Kentucky Speedway, Watkins Glen International and Bristol Motor Speedway. Stremme will drive the car in several of those events. Reutimann will lead off the season this weekend in Nashville, with sponsorship to be announced later this week. Bowles will pilot the #64 Toyota in all three Nationwide Series road course events this season at Watkins Glen, Road America and Montreal.

RWR General Manager and former Sprint Cup crew chief Larry Carter will return to the pit box to lead the team in its limited schedule, after guiding Steve Wallace to a top-20 finish in this year's Daytona 500; Wallace's first career Sprint Cup start.

"We're very excited about this new addition to our racing program," said Rusty Wallace today. "Not only are we able to continue our partnership with Aspen Dental --a solid and growing network of dental practices -- but we're also able to evaluate our race cars even further.

"It's no secret that we haven't run as well as we would have hoped in 2011 and having a veteran like David Reutimann giving additional feedback should help speed up our learning curve. David Stremme did a great job for us in 2008 and I really feel like Jason Bowles has the potential to be fast at the Nationwide level."
Posted by Dave Moody at 6:17 PM