BREAKING NEWS: Vickers To Race For Stewart In Daytona 500 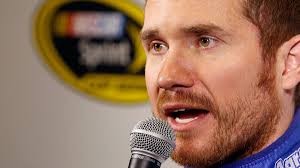 GodfatherMotorsports.com has learned that Brian Vickers will be announced Friday as the replacement driver for Tony Stewart in the No. 14 Chevrolet at Stewart Haas Racing.


Stewart suffered a burst fracture in his L1 vertebra in a sand buggy accident in California on January 31, and is expected to miss multiple races while healing and rehabbing the injury. Multiple sources say Vickers will be announced as SHR’s new driver Friday at 11:30 a.m. EST in the Daytona International Speedway Media Center.


an artificial patch inserted to repair a congenital defect in his heart in 2010. He has also been sidelined repeatedly by recurrences of blood clots in his hands, leg and lungs; which required him to take blood-thinning medication.


Vickers has once again been cleared by his doctors and NASCAR to compete, but had no ride secured for the 2016 campaign. There is no word on whether NASCAR will allow Vickers to compete in this weekend’s Sprint Unlimited at Daytona International Speedway. He is not currently qualified to do so, but sources say the sanctioning body is considering allowing the team to take part.
Stewart was an eligible driver for the Sprint Unlimited.
Posted by Dave Moody at 4:55 PM