What NASCAR Announced, And What It All Means 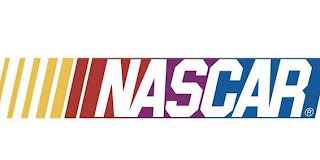 NASCAR announced a number of procedural adjustments today, with changes in the size of race fields, qualifying procedures and restarts.


Race Fields/Points: In the NASCAR Sprint Cup Series, 40-car fields will now be the order of the day, with 36 Charter team cars and 4 Open team cars comprising the field. Race winners will now be awarded 40 points (instead of 43), with 40th place awarded one point.


NASCAR XFINITY Series fields will also include 40 cars, with an identical points structure.


In the NASCAR Camping World Truck Series, a maximum 32-truck field will be used, with the race winner awarded 32 points and 32nd place awarded one point.


Existing 2015 bonus points for winning, leading a lap and leading the most laps will remain in place for 2016.


Daytona 500 Qualifying: Qualifying for the 2016 Daytona 500 will feature 36 Charter teams, with the remainder of the “Open entries” racing for one of four starting spots. The highest finishing Open team in each Can-Am Duel race earns a starting position, with the final two “Open” positions going to the teams that post the fastest times in Coors Light Pole Qualifying. 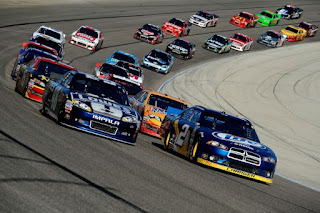 As always, Time Trial qualifying will determine the front row for the Daytona 500, and the starting lineup for the Can-Am Duel, with the number of Charter and Open cars split evenly between the Duel races.


If time trials are cancelled due to weather, the top two Open teams from each Can-Am Duel race will earn starting positions in the Daytona 500.


If both Can-Am Duel races are cancelled due to weather, qualifying determines all four Open teams


If only the second Can-Am Duel race is cancelled due to weather, the highest finishing Open team from the first race earns a starting position, with the other three Open teams determined by qualifying.


If qualifying and both Can-Am Duel races are cancelled due to weather, combined practice speeds will be used to determine which four Open teams make the Daytona 500 field.


If all on-track activity prior to the race is cancelled due to weather, 2015 Owner points will be used to determine the four Open-team qualifiers.


If qualifying is cancelled due to weather, combined practice speeds will be used to determine which four Open teams make the starting field.


There will be no Past Champion’s Provisionals in 2016, or going forward. 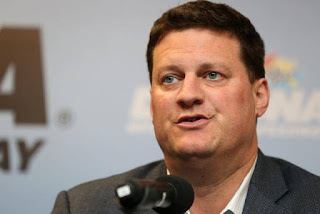 Restarts: NASCAR will mandate just one green/white/checkered flag restart again this season, with the addition of a new “overtime line” to govern late-race restarts. The line will be painted in different locations depending on the size and layout of the track, but NASCAR Executive Vice President and Chief Racing Development Officer Steve O’Donnell told SiriusXM NASCAR Radio today that in most instances, it will be placed midway on the backstretch.
After the green flag flies on an overtime restart, the leader must cross overtime line in order for the restart to be considered a valid G/W/C attempt. If the caution flag is displayed before the leader passes the overtime line, the attempt will not be considered valid, and a subsequent attempt will be made. If a caution flag flies after the leader passes the overtime line, the field will be frozen, the race deemed official and the checkered/yellow or checkered/red displayed at the finish line. No additional attempt will be made.
O’Donnell said the so-called “Restart Zone” will be retained from last season, with no changes in procedure. He added that NASCAR will continue to assess penalties when needed against drivers who jump early or lag back in an attempt to manipulate restarts.
There will be no maximum number of G/W/C restart attempts this season.
And Finally: O’Donnell said that at the end of the nine-year charter term, NASCAR will review the 36 charter holders based on performance. The sanctioning body has “built-in clauses with existing charter holders” outlining attendance and performance expectations, and O’Donnell indicated that perfect attendance will likely be a high priority.


Asked whether teams still be allowed to field a fifth car in a limited schedule of races for a planned, next-season Rookie of the Year contender, O’Donnell said the sanctioning body expects to announce a policy “very similar to previous years” in the near future.
O’Donnell confirmed that Brian Vickers has been medically cleared by NASCAR to participate in Speedweeks 2016, and will be allowed to compete in Saturday night’s Sprint Unlimited at Daytona. Vickers is expected to be announced tomorrow as the interim driver of the #14 Chevrolet at SHR-- replacing the injured Tony Stewart -- and while not technically eligible to compete in the race, he has been granted a waiver by NASCAR to do so, as long as he drives for SHR.
Posted by Dave Moody at 6:08 PM