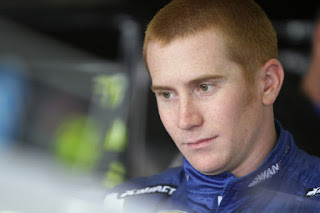 Premium Motorsports has signed Cole Whitt to drive its No. 98 NASCAR Sprint Cup Series car this season. The 24-year-old Whitt, who will be entering his third full season in the series, finished 31st in driver points in each of the last two seasons.


“We believe Cole is an accomplished young driver who drives aggressively, yet smart,” said team owner Jay Robinson. “He’s a great fit for our team as we look to improve our competitiveness in the Sprint Cup Series.”

This off season, Premium made several strategic moves to upgrade the team and its race cars. On the competition side, Premium acquired additional updated equipment, along with hiring Mike Hillman to fill the role of competition director and Mark Hillman to serve as crew chief. They join team manager Scott Eggleston to round out the Premium Motorsports management team.

“Jay and the crew at Premium Motorsports impressed me with their vision for the future and commitment to making the No. 98 car competitive week in and week out,” said Whitt. “I look forward to being a big part of the family atmosphere at Premium and having a successful start at the Daytona 500 in a few weeks.”

In 2008, Whitt became the youngest winner of the USAC National Midget Championship. He switched to NASCAR in 2010 to run a full season in the NASCAR K&N Pro Series East, before running full seasons in the NASCAR Camping World Truck Series in 2011 and the NASCAR XFINITY Series in 2012. He finished in the Top-10 in driver points both years

Many of Whitt's previous Sprint Cup Series sponsors are expected to support him again in 2016, with more details to be released at a later date.
Posted by Dave Moody at 4:29 PM